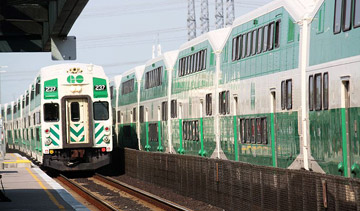 “These track and rail improvements are part of one of the largest and most complex rail upgrades in the world,” Bruce McCuaig, president and CEO of Metrolinx, said.

“The upgrade will help us reduce deadhead trips, fuel consumption and costs, crew hours, and congestion within the Union Station Rail Corridor at peak travel times.”

Under the RER project, Metrolinx is aiming to expand the GTHA transit network, electrify its rails and convert its rush hour commuter routes into lines that offer all-day service.