The automaker said the shutdowns, which start April 25, will also include assembly plants in Spring Hill, Tenn., Lordstown, Ohio, and Fairfax, Kansas. 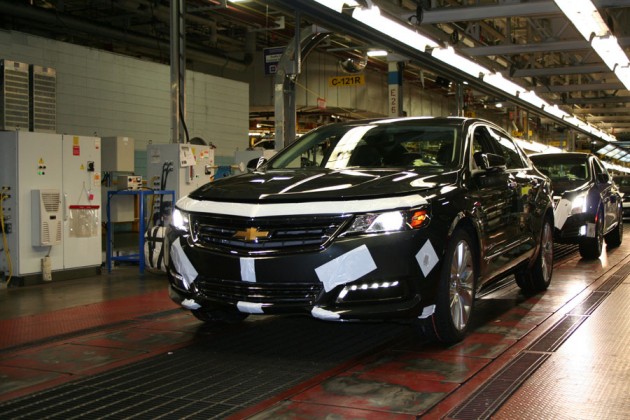 OSHAWA, Ont.—General Motors is shutting down production at four plants, including its flex line in Oshawa, Ont., for two weeks due to a part supply issue caused by the recent earthquakes in Japan.

The automaker said the shutdowns, which start Monday, will also include assembly plants in Spring Hill, Tenn., Lordstown, Ohio, and Fairfax, Kansas.

The Chevrolet Impala, Buick Regal and Cadillac XTS are built on the flex line. The consolidated line at the Oshawa plant will not be affected.

GM said the stoppage is not expected to have any material impact on its full-year production plans in North America or its second-quarter or full-year financial results.

Toyota Motor Corp. shut most of its vehicle production in Japan because of parts shortages stemming from the earthquakes. Nissan Motor Corp. and Honda Motor Co. also temporarily halted production at some facilities.