Fertilizer giant Nutrien Inc. will temporarily lay off up to 1,300 workers at two potash mines due in part to transportation backlogs in the rail system 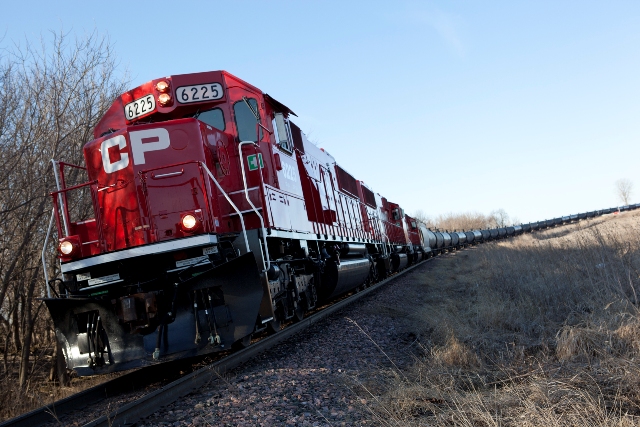 CALGARY—Nutrien Inc.’s decision to lay off more than 1,000 employees at its potash operations is just the latest example of a wider problem with Canada’s rail system, says the Mining Association of Canada.

The fertilizer giant announced on the evening of April 27 that it will lay off up to 1,300 workers at two of its potash mines in Saskatchewan due in part to transportation backlogs in the rail system and the possibility of a strike at Canadian Pacific Railway.

The lost jobs and output shows more needs to be done to address shipping demands from the mining industry, said Brendan Marshall, vice-president economic and northern affairs at the Mining Association of Canada.

“There is a systemic imbalance in the rail freight market now and there has been for decades. We’re constantly seeing a repetition of the issues where railways with market power exploit that power at the expense of shippers and the Canadian economy.”

The railways are bringing into question the reliability of Canada as a trade partner and costing jobs, said Marshall.

“There’s a lot on the line on how Canada’s being perceived right now from a reliability standpoint. Are we a reliable trade partner for the customers and businesses that generate wealth in this country? And the recent breakdown has called that into question, just as it was called into question merely a few years ago.”

The Mining Association of Canada was one of several organizations representing shippers who sent a letter to Prime Minister Justin Trudeau last week urging the federal government to adopt amendments proposed to Bill C-49 that would give the Canadian Transportation Agency more power to address problems.

“It would allow the agency to independently of its own volition assess and address problems or bottlenecks or issues in the supply chain before they fester and exacerbate,” said Marshall.

“1,300 Saskatchewan people now temporarily out of work because sheds full of potash can’t get on rail to market,” Moe said on Twitter.

1,300 Saskatchewan people now temporarily out of work, because sheds full of potash can't get on rail to market.

This is a direct result of the federal government not taking action where there is a huge problem, and they have clear authority to fix it.https://t.co/wFSZE5Yp9Q

“It’s one of the things that happens when the economy is firing on all cylinders and there is a large demand and I am speaking on a weekly basis with the railways and telling them they really have to do better,” he said in an interview.

Garneau said the government has completed its study of the Senate amendments to C-49 that deal with interswitching and powers to alleviate backlogs, and has decided which ones the Liberals plan to support, meaning “it will not mean all of them.”

Canadian National Railway said it had a tough January meeting orders from Nutrien but was able to move all orders in February and March, and it has taken on additional orders.

“We expect strong demand to continue through the remainder of the year and look forward to delivering for our customers.”

Nutrien formed at the start of the year out of the merger of Potash Corp. and Agrium Inc.

In February, Nutrien CEO Chuck Magro said the global market for potash looked strong with robust demand, but with more supply from competitors coming on-line this year the company would have to reassess the market as the year progresses.