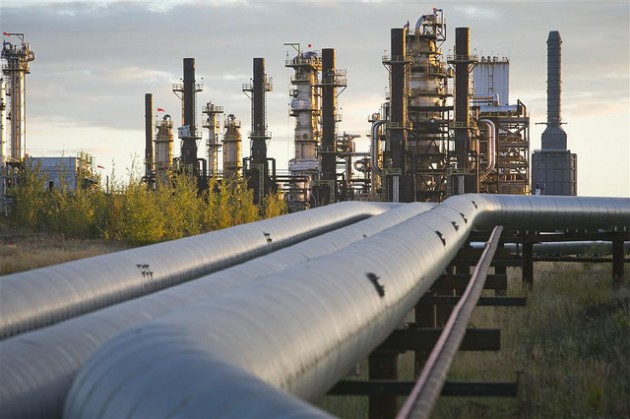 CALGARY—Nexen Energy has launched an emergency response effort to combat a major pipeline failure that has spilled the equivalent of thousands of barrels of oil in northern Alberta.

The company said that on the afternoon of July 15, it discovered an emulsion leak from a pipeline within its Long Lake operations. The leak spilled an estimated 5,000 cubic metres, or 5 million litres, of emulsion across an area of approximately 16,000 square metres.

The leak prompted an immediate response from Nexen, which activated its emergency response plan.

“All necessary steps and precautions have been taken, and Nexen will continue to utilize all its resources to protect the health and safety of our employees, contractors, the public and the environment, and to contain and clean up the spill,” the company said.

Nexen’s Long Lake oilsands facility is located 36 kilometres southeast of Fort McMurray, Alta. The spill covered an area mostly within a compacted pipeline corridor, the company said. The 5 million litres of emulsion is a mixture of bitumen, produced water and sand.

In addition to having its personnel on-site, Nexen informed the Alberta Energy Regulator and will continue to work with the provincial regulator throughout its response.

“The leak has been stabilized and the site is under control,” the energy company, which became a subsidiary of the China National Offshore Oil Corporation in 2013, said. It added that there were no injuries due to this incident.

In response to the leak, Mike Hudema, of Greenpeace’s Climate and Energy team said the leak is a good reminder that Alberta has a long way to go to address its pipeline problems, and that communities have good reason to fear more being built.

“As provincial premiers talk about ways to streamline the approval process for new tar sands pipelines, we have a stark reminder of how dangerous they can be,” he said.

“We need to stop new pipeline projects before they’re built and focus on building renewable sources of energy that are sustainable and won’t threaten communities, our environment, and the planet,” he added.

Further information about the leak and subsequent cleanup effort is likely to emerge in the coming days. Currently, Nexen says the pipeline has been isolated, and the company continues to investigate. The AER added the release “has not flowed into a waterbody” and AER staff are on-site to assess the situation, initiate and investigation and work with the company to ensure all safety and environmental requirements are met during the response to the incident.