A commodities analyst says rail exports could more than double over the next two years, boosting export capacity until new pipelines come on-stream in 2020 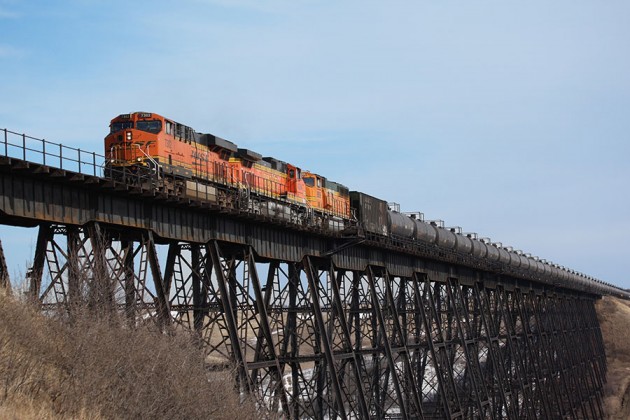 Martin King says a spike in the difference between Western Canadian Select crude prices and benchmark U.S. prices was made worse by volume constraints on the Keystone pipeline system between Alberta and the U.S. Gulf Coast following a leak in South Dakota in November.

King says crude-by-rail terminals are now activating spare capacity to fill the gap, and predicts that the Canadian crude discount will fall from US$17.30 per barrel in the fourth quarter to average US$16 in the current quarter and US$13 in the third quarter of this year.

He adds that rail exports could more than double over the next two years, filling in until new pipelines come on-stream in 2020 to more closely match export capacity with oil production.