GM said the agreement includes "significant new product, technology and process investments" and that it would provide further details after a Sept. 25 ratification vote 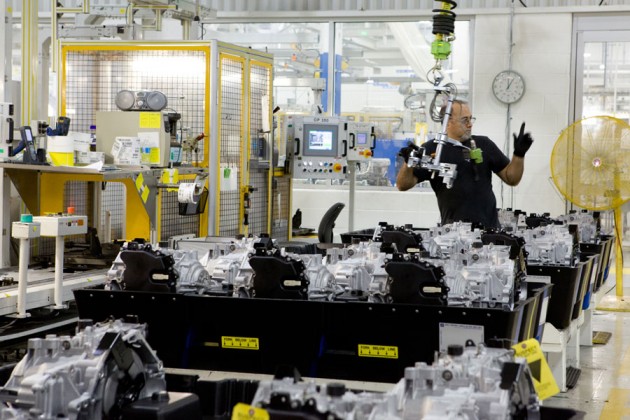 TORONTO—Unifor and General Motors of Canada have reached a tentative contract settlement, averting a walkout that was scheduled to begin on Sept. 19 at 11:59 p.m. ET.

But Unifor president Jerry Dias said the union’s main goal was to “solidify a product for Oshawa and to cement the footprint in our St. Catharines operations.”

“We ended up reaching a tentative agreement because of the clear understanding of the two parties that that was the price of coffee.”

There had been fears the Oshawa facility might shut down in 2019, but Dias said the contract ensures a commitment by the company worth hundreds of millions of dollars.

“Our fear of a closure in 2019 is now over,” he said. “The facilities clearly have a bright future.”

Dias didn’t divulge what will be built in Oshawa beyond that year, but said it will be the “first and only plant in North America that will have the ability to build both cars and trucks” and added there will be additional jobs in both the short and long-term.

Dias also said the agreement with GM will see some unspecified production coming from Mexico to the St. Catharines plant, reversing a trend that has been a “straight migration of auto jobs from Canada to Mexico.”

“I believe this is the first time that I can remember where there has been a migration of product from Mexico to Canada,” he said. “Heaven only knows we’ve seen enough of it go the other way around.”

The Unifor president said the only negative change in the tentative agreement is that all new hires will start with a defined contribution pension plan.

GM Canada said in a brief statement that it would be “working with government on potential support,” but did not offer any specifics.

The automaker said the agreement includes “significant new product, technology and process investments” and that it would provide further details after a ratification vote, which will be held Sunday at all three Ontario sites.

Unifor selected GM as its target company in the opening round of contract talks with the so-called Detroit Three automakers.

Unifor had said any deal reached with GM would serve as a template for negotiations with Ford and Fiat Chrysler. It did not say which automaker it would negotiate with next.

Members of the union voted last month in favour of strike action to back their contract proposals, which in addition to securing more work included wage increases.