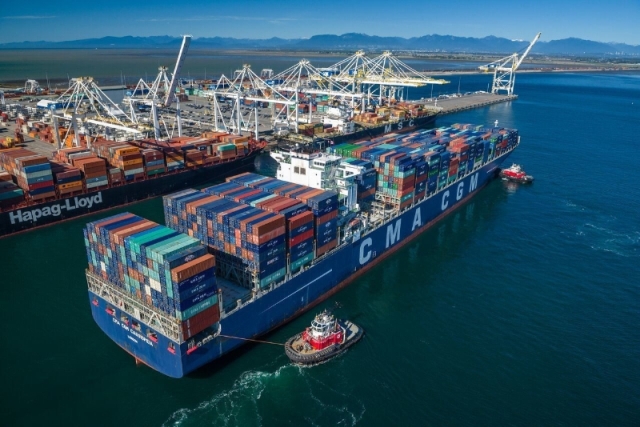 The Vancouver-based terminal operator with several major facilities in Canada and the U.S. has announced it will purchase two 45-storey-high “megamax” ship-to-shore cranes from China’s Shanghai Zhenhua Heavy Industries Co.. According to the company, the cranes will be among the largest in the Americas, standing more than 137 metres, or 450-feet high, and have a lift capacity of 65 tonnes.

The company broke ground on a $280 million reconfiguration of its GCT Deltaport Intermodal Yard earlier this year, a project that will significantly expand the terminal’s capacity.

“The megamax cranes ensure GCT Deltaport is big ship ready, complementing a rail densification project that will see intermodal yard capacity grow by over 50 per cent within the existing footprint,” the company said.

The cranes are set to be delivered in late 2016 and will be fully-operational by early 2017.