With no highways linking the remote town to the rest of the province, the rail line normally carries in tourists and supplies 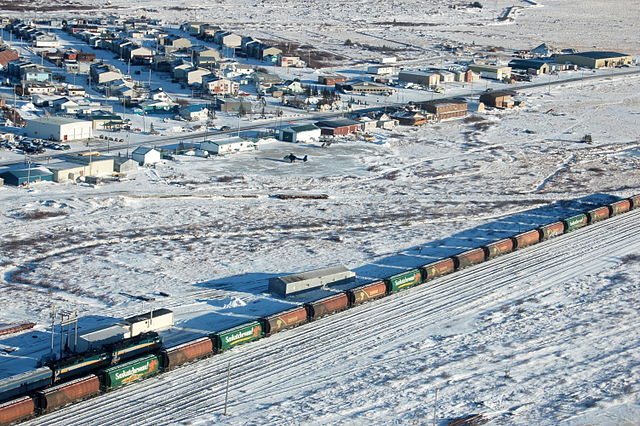 The town has made short-term arrangements to fly in supplies, but the flooding also coincides with the spring tourist season, raising concerns about wider economic implications

CHURCHILL, Man.—A flooded rail line is continuing to raise concerns in the northern Manitoba community of Churchill where the spring tourist season is about to begin.

The town on Hudson Bay depends on rail service to bring in people and supplies because there are no highways to the rest of the province, but flooding this spring has left a section of the rail line underwater.

A statement from Churchill officials says short-term arrangements have been made to fly in supplies, but there is no word yet on when things will return to normal.

The town of 900 people is worried the disruption will prevent visitors from around the world from travelling to the area to see beluga whales.

The statement says town officials are to meet this week with representatives from the Manitoba government.

The town was hit with more than 100 centimetres of snow in March, which also flooded roads and damaged some buildings.

“We understand that these are challenging times and we will see ourselves through this,” the statement reads

“We need to stand strong and work together to solve these challenges.”