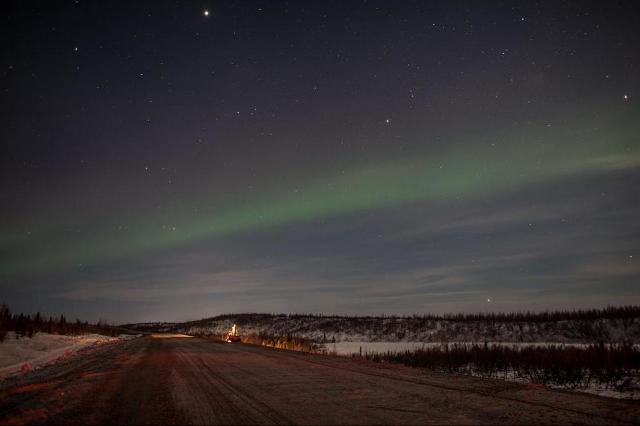 Construction of the Inuvik to Tuktoyaktuk Highway. When complete, the 120 km all-weather highway will provide a land connection to the northern town of Tuktoyatuk. PHOTO: Government of Northwest Territories

INUVIK, N.W.T.—Linking the remote Northwest Territories town of Inuvik to the even more distant Arctic Ocean hamlet of Tuktoyaktuk, N.W.T., is a project 50 years in the making.

As crews begin their 2016 construction on the Inuvik Tuktoyaktuk Highway, pushing the 120-kilometre all-weather road toward completion, the latest effort has now entered its third winter. Because of the conditions and lack of existing infrastructure in Canada’s arctic, crews must work on the project primarily in winter when ice roads can be used to deliver supplies. 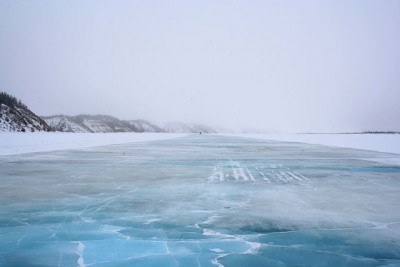 The current route between Inuvik and Tuktoyaktuk is a seasonal ice road. PHOTO: Ian Mackenzie, via Wikimedia Commons

The Canadian government has characterized the $299 million project as a key piece of infrastructure. It says the road will enable goods to be shuttled to and from Tuktoyaktuk year-round, decreasing the cost of living and strengthening Canada’s sovereignty claims in the north.

“We are pleased with the contractor’s progress and achievements in training and employing local residents to construct a highway under difficult conditions, unlike any other project in Canada,” Wally Schumann, N.W.T. Minister of Transportation, said.

At peak construction in the winter, the project will employ 600 workers.

As the government continues to push toward completing the major public works project in the fall of 2017, contractors say they anticipate finishing the majority of the earthworks and embankments this season.