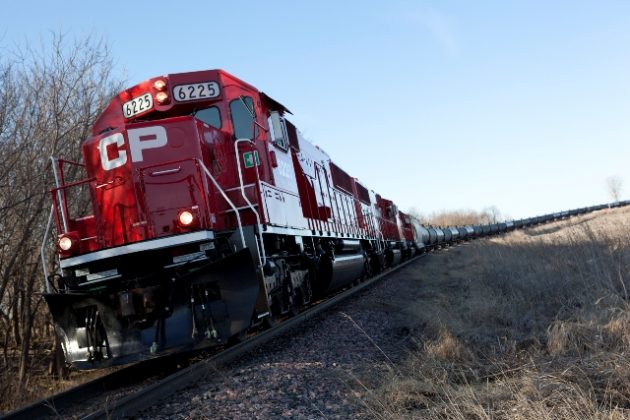 CALGARY—An investigation into a derailment at a rail yard has found that the locomotive engineer had been awake for 23 hours when the accident occurred and employee fatigue remains a key safety issue in the industry.

The Transportation Safety Board says lack of sleep and inadequate train-handling led to 13 cars leaving the tracks at Canadian Pacific Railway’s Alyth yard in Calgary in February 2016.

There were no injuries and no dangerous goods were released. The railway said at the time that only one car was carrying cargo—canned goods.

Electricity was knocked out to about 280 customers of the utility company Enmax when a power pole was damaged.

The safety board’s report says that while employees have a duty to report to work well-rested, the company has a responsibility to allow overly tired workers to remove themselves from duty without fear of discipline.

It says the engineer feared telling the company he was too tired to work because he’d been disciplined before for “pattern absenteeism.”

CP engineers in pool service aren’t scheduled in advance, the safety board notes, and typically receive two hours notice to report for duty.

“The LE (lead engineer) had been anticipating a call to go to work in the afternoon. However, when he consulted the train lineup later in the day, he learned that his call would likely not come until much later than originally anticipated,” says the report released Wednesday.

“By the time the call came, at about 2020, the LE had not taken the opportunity to sleep.”

It pointed out the engineer had 29 years of experience.

“At the time he accepted the call, the LE did not feel fit to report for work. However, he feared discipline if he refused duty,” the report says.

“CP permits employees to book unfit when not sufficiently rested, provided they do so prior to receiving their call. In this case, the LE did not book unfit.”

The report says the train was moving slowly around a bend when the throttle was increased beyond the recommended speed maximum for the conditions.

It says the train’s rear brakes weren’t fully released, so the extra pull on the over-stretched train caused the wheels of several cars to climb the inside rail.

There was little predictability to the engineer’s work hours and he had not been sleeping well for the previous two weeks, the report says. In the nine days before the derailment, he’d worked three overnight trips, one evening trip and three daytime trips.

The safety board report makes no recommendations, but suggests that fatigue continues to pose a risk for railway safety.

It says ways to manage employee fatigue will remain on its watchlist _ which identifies key safety issues _ until Transport Canada completes a review of the issue and, along with the railways, takes action to minimize the risk.

“The initiatives taken to date have been inadequate to fully address the issue,” the safety board said in a release.

CP said in an email that it is working with union leaders and other stakeholders on scheduling.

“CP is a strong advocate for … all locomotive conductors and engineers (having) scheduled time off, predictable work patterns and, as a result, a more consistent work/life balance,” company spokesman Salem Woodrow wrote.

The report also says there was no requirement for the crew to review relevant train-handling material prior to moving the train. Nor was there anything to remind the crew there was a change in operating requirements at that location.

It notes that in 2016, 1,382 employees at CP booked unfit for duty a total of 2,847 times. An attendance investigation between January and August 2016 found that 99 per cent of employees who booked unfit to work were not disciplined.