The airport is in the middle of a decade-long overhaul 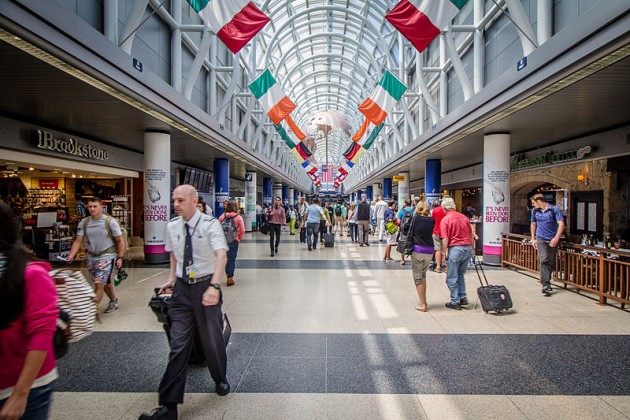 Aviation industry veteran Ginger Evans told an audience at the City Club of Chicago that the flipside of being one of the busiest airports in the world is that O’Hare is also leading the way in flight delays. Among major U.S. airports, O’Hare consistently ranks last or near the bottom for on-time performance.

The airport is in the middle of a decade-long overhaul of its outdated airfield design, and Evans stressed that the project must be finished to make O’Hare more efficient and expand its capacity.

“O’Hare is the only major U.S. gateway with runways in three directions,” she said of the old design, which is being reconfigured into a series of parallel airstrips.

In another example of O’Hare’s backward slide, Evans noted that the airport still can’t accommodate the Airbus A380, the biggest jet on the market. It has a runway long enough, but no gate large enough.

“This is one of the most significant developments in aviation of the past decade,” she said. “Most U.S. international hubs are now on their second or third round of building additional 380 gates. What about O’Hare? Zero.”

O’Hare now has approval for one and will build it next year, Evans said.

The airport is also trailing the competition when it comes to offering the kinds of high-end retail, dining and technology that travellers now expect, Evans said.

In media interviews before the speech, Evans said she would also be looking at options for adding gates and premium express rail service between O’Hare and downtown.

Evans has 30 years of experience in engineering and aviation. She helped build Denver’s airport and helped bring rail service to Dulles International Airport in Washington, D.C.