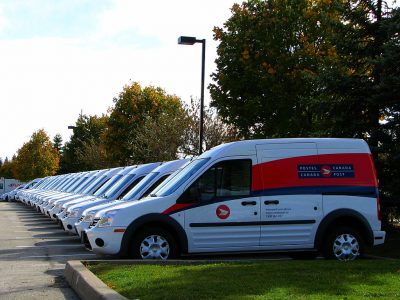 OTTAWA—Canada Post’s latest contract offers to its workers contain positives but not enough to put an end to rotating walkouts, the head of the Canadian Union of Postal Workers said Thursday.

And CUPW national president Mike Palecek won’t say whether tentative deals can be reached before a Saturday deadline set by Canada Post.

The walkouts are causing mail and parcel delivery delays across the country and holiday shopping is expected to worsen the situation by the day.

“After a year at the bargaining table, it looks like Canada Post is ready to start negotiating,” Palecek said in an interview. “That being said, these offers don’t address our core issues.”

The union wants concrete proposals for dealing with an escalating number of work injuries at Canada Post—and not processes designed to punt worker safety concerns down the road, said Palecek.

“We have an injury crisis on our hands. (Canada Post) finally acknowledged that,” he said. “But they can’t just kick these problems off to a committee and pretend they’re going to do something about it.”

The union has cited Labour Canada reports, which have placed postal employees ahead of longshore, transportation and mining workers in reporting disabling workplace injuries—at a rate more than five times that in other federally regulated work.

Canada Post, in its latest offers to both urban and rural and suburban employees, has proposed a $10-million fund to pay for “jointly identified initiatives” to speed up improvements to the Crown agency’s safety record and to reduce workplace injuries.

The money was included in what Canada Post calls “time-limited” offers tabled Wednesday, aimed at ending rotating strikes that have created a historic backlog of undelivered parcels.

Agency spokesman Jon Hamilton said the fund is “not a committee” but a way for the company and union to work together to identify ways to make the workplace safer.

Canada Post has also offered to fast-track a review of workloads to reduce overburdening of carriers who have seen a rapid increase in the number of parcels they have to deliver while letter volumes have declined.

The rotating walkouts continued Thursday at processing plants in Montreal and Winnipeg, as well as at smaller locations in Ontario, British Columbia, New Brunswick and Newfoundland and Labrador.

Canada Post said recent major shutdowns of parcel processing in Toronto and Vancouver have created a backlog of nearly 500 tractor-trailer loads of parcels and packages that need to be sorted—375 trailers in Toronto and 120 as of Thursday morning in Vancouver.

The backlog has caused substantial delivery delays, said Canada Post, adding there is little hope of catching up to normal delivery times while CUPW members are agreeing to the union’s call for workers who are on the job to refuse overtime.

The Crown corporation’s main sorting plants in Vancouver, Toronto and Montreal normally process about a million parcels daily. All three have been shut down several times since the walkouts began Oct. 22.

Prime Minister Justin Trudeau has warned his government will take unspecified action to end the rotating strikes if there is no significant progress in the negotiations.

CUPW said Thursday there has been limited progress on issues including job security for a minority of rural and suburban carriers, known as RSMCs, and pay for hours worked.

But it said the latest proposals fail to address equality concerns for RSMCs.

Online sales giant eBay has called on the government to legislate an end to the labour dispute before the holiday shopping rush hits its first peak later this month with Black Friday and Cyber Monday sales.

In a letter sent to Trudeau Tuesday, eBay said the job actions will have a long-lasting and crippling effect on many small and micro-sized businesses that can’t afford to pay for more expensive shipping alternatives.