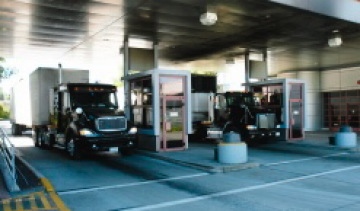 Currently, NAFTA’s labour mobility rules apply only to about 60 occupations.

OTTAWA—Enhanced labour mobility is high on the list of goals for the Canadian government as it gears up for next month’s start of negotiations on a renewed North American Free Trade Agreement.

A U.S. company was looking to make a “major investment” in either the Toronto area or Nashville, Tenn. The CEO had just decided Toronto would be the beneficiary when he was stopped at a border crossing by a Canadian border agent who told him he needed a work permit to enter Canada.

“The young woman said … ‘You know, sir, it’s my job to save Canadian jobs, I can’t let you across’,” Ujczo recounts.

That, says Ujczo, is an example of “the real world consequences” of antiquated labour mobility provisions in NAFTA.

“Companies, when they’re making those investment decisions, they want as streamlined a process as possible. And when they’re saying, ‘Look, I’m not going to be able to get my talent across the border,’ boom! Why even deal with the headache?”

NAFTA is supposed to ease the flow of labour between Canada, the United States and Mexico. It eliminates the need for companies to do a labour market impact assessment to prove that a job being temporarily filled by an eligible American or Mexican worker can’t be done by a Canadian.

For business visitors, it eliminates the need for a work permit. For professionals and intra-company transferees, it expedites the work visa process.

But NAFTA does not apply to all professionals. It applies only to some 60 occupations, including doctor, dentist, lawyer, accountant, hotel manager, economist, engineer and scientist.

Many of the jobs most in demand today, particularly in the high-tech sector, didn’t exist when NAFTA was negotiated more than 20 years ago. Indeed, systems analyst is the only listed profession involving computers.

It’s a problem for manufacturers too, says Ujczo, who can’t move welders or tool and dye workers across the border to fill labour shortages or specialized employees needed to install, maintain and repair products sold to another country.

Moreover, NAFTA’s labour mobility provisions are inconsistently applied. The CEO in Ujczo’s anecdote, for instance, had crossed the border 19 times without a problem before being refused entry on his 20th trip.

“In our view, you can’t modernize the NAFTA and put in a new digital chapter and not address the movement of talent,” Ujczo says.

“It will be the biggest failure of the NAFTA modernization if we don’t achieve this.”

Both U.S. and Canadian companies are pushing hard for a freer flow of labour across the border. Nevertheless, Andrea van Vugt, the Business Council of Canada’s vice-president for North America, believes there’s a good chance it won’t materialize.

“I think you have both a legislative and political problem,” she says.

She notes that Congress has in the past blocked the U.S. president’s ability to include immigration issues in trade deals. And the environment for broaching greater labour mobility isn’t exactly favourable, what with Donald Trump’s unabashedly anti-immigration, protectionist, “Buy American, Hire American” agenda.

Indeed, Chris Smillie, a principal at Tactix, an Ottawa-based government relations firm, fears that Canada will wind up fighting to simply preserve the existing NAFTA labour mobility provisions rather than pushing to expand the list of eligible professions.

Under former president Barack Obama, an ostensible free trader, he notes that the U.S. refused to include any labour mobility provisions in the Trans Pacific Partnership trade agreement with 11 other countries, including Canada. What are the chances that Trump, who has withdrawn the U.S. from the TPP, will be more open to the idea?

“I’m an advocate that Canada will need to just preserve what’s there.”

When the U.S. released its objectives for the NAFTA negotiations last week, he notes there was no mention of labour mobility. Nor was it among the issues mentioned on which the U.S. wants to maintain the status quo.

“So, if they’re interested in the status quo in labour mobility, you’d think it might have been in there,” Smillie says. “That sort of sends me a signal … this might be at risk.”