"This issue is beyond serious, it's critical," said Dennis Darby, CEO of Canadian Manufacturers and Exporters 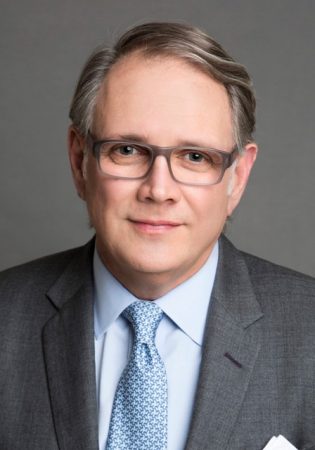 Dennis Darby, CEO of Canadian Manufacturers and Exporters, said at a press conference in Toronto that the federal government needs to act as some $425 million worth of goods are being held up for every day the blockade goes on.

“This issue is beyond serious, it’s critical…manufacturers don’t have much time before the impact becomes dire,” he said.

His comments come as a rail blockade continues east of Toronto to show solidarity with hereditary Wet’suwet’en chiefs opposed to construction of the Coastal GasLink natural gas pipeline through their traditional territories in northwestern B.C.

Darby said that while businesses respect the right to protest, these actions are taking place on private property and affecting the wider economy. Layoffs could be coming within days if the situation isn’t resolved as manufacturing and exports are disrupted by shortages, he said.

Prime Minister Justin Trudeau said in Parliament Feb. 18 that this was a “critical moment” for the country and is extending his hand to the protesting First Nations to resolve the situation that “cannot afford to fail.”

Darby said Trudeau’s comments on the matter are welcome, but there needs to more concrete action as well as relief assistance for affected businesses.

“The Prime Minister’s comments today were encouraging, but we need real action at this point to solve the crisis.”

Maple Leaf Foods president Curtis Frank said the company is dependent on timely transport for its perishable products and that the company, along with many producers, need a reliable network for its exports or risk losing customers.

“The time to act is now. We need to restore the timely movement of goods across this country now. Our viability simply depends on it.”

He said the company has tried to use alternatives such as trucking but many routes are already overwhelmed, while costs are already escalating. He said the spot market for trucking between Winnipeg and Vancouver, for example, has nearly doubled since the blockades started.