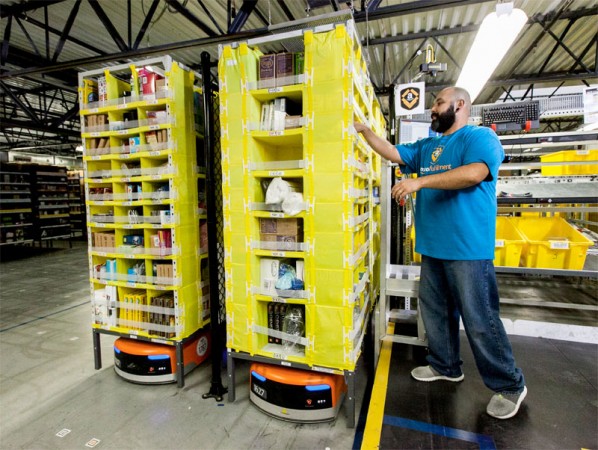 He says the centre, which currently employs 350 people, will use cutting-edge robotic technology with traditional worker support to get Amazon products into the hands of Canadian consumers.

The prime minister says this new initiative by the Internet retail giant is evidence that large multinational companies believe that Canada is a good place to invest and do business.

Amazon announced late month that customers in Toronto and Vancouver who are signed up for its Prime service were eligible for same-day deliveries as part of their premium plan.

The offer is good for eligible orders over $25, and Amazon said eligible purchases placed in the morning through Amazon.ca would be delivered by 9 p.m. the same day in areas with Vancouver and Toronto postal codes.