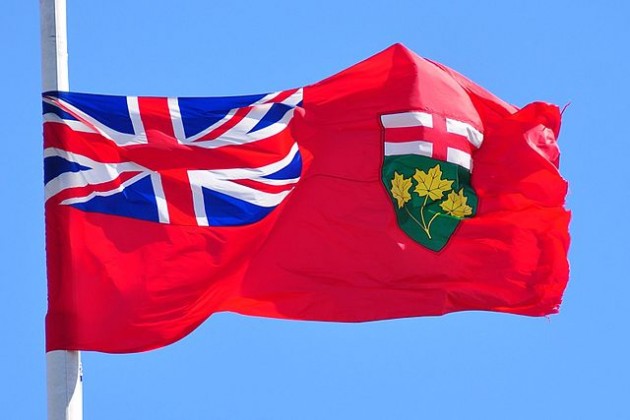 The controversial ORPP is scheduled to launch in 2017. PHOTO: abdallahh, via Wikimedia Commons

The Ontario Retirement Pension Plan will offer a maximum $12,816 a year for about four million workers in the province who don’t have a workplace pension, and would be on top of the CPP benefit, which has a maximum of $13,110 a year.

Finance Minister Charles Sousa said a lot of people expected Ontario would abandon its plans for a provincial pension plan after the federal Liberals—who are open to improving benefits under the CPP—won the October election.

But after a December meeting with his counterparts from across the country, including federal minister Bill Morneau, Sousa said any improvements to CPP are years off so Ontario will go on its own without waiting for other provinces.

“We advocated strongly for a CPP enhancement, as did the federal government, but the consensus was not to be had,” he said. “We have a mandate from Ontarians, and they can’t wait any longer.”

The ORPP will cover up to $90,000 in pensionable earnings, compared with $54,900 for the CPP, and unlike the CPP will offer lump sum payments to spouses if a member dies before retirement. If a plan member dies after retirement, the spouse would be offered a survivor benefit equal to 60 per cent of the member’s adjusted pension.

Plan members with no spouse when they retire can designate a beneficiary who would be entitled to a full pension with a 10-year-guarantee period, or whatever portion of the 10 years that remains after the plan member dies.

Some other details released Tuesday include a comparability test so employers can tell if their current pension plans exempt them from the ORPP, and an opt-in option for employers with workplace pensions who decide they want to join the provincial plan.

The government could not say what the management fees and administrative costs would be for the ORPP, insisting only that they would be “in line” with other plans.

Premier Kathleen Wynne said the government is concerned that three-quarters of Ontario workers between ages 25-and-34 don’t have a pension plan, compared with half of workers aged 45-to-54.

“It’s quite clear that there’s a generational divide in terms of retirement security,” she said. “Doing nothing about retirement savings was unacceptable.”

The ORPP will require mandatory contributions of 1.9 per cent of a workers’ salary from employers, and a matching amount from the employee, to a maximum of $1,643 a year from each, and starts Jan. 1, 2017 for companies with 500 or more workers.

The Ontario Chamber of Commerce calls the timeline for starting the provincial pension “very, very aggressive,” and says it will require a “herculean” effort on the part of government and large employers to get it implemented in time.

“Our next call is for government to really heighten their collaboration with these employers to figure out how they’re going to get this right,” Chamber president Allan O’Dette said in an interview. “I think this puts a tremendous amount of pressure on both the employers and the government to meet these timelines.”

The Canadian Federation of Independent Business called the ORPP “a misguided and costly pension tax” that will cost jobs as small businesses “cope with the impact of the forced premiums they will have to start paying in a troubled economy.”

Seven-in-10 small businesses surveyed said the ORPP would force them to freeze salaries and more than half reported they would have to eliminate positions to deal with the added costs, said Plamen Petkov, CFIB’s Ontario vice president.

“Yet, these consequences continue to fall on deaf ears,” Petkov said in a statement. “It appears the government doesn’t really care about the economic damage being done.”

The Canadian Taxpayers Federation said the ORPP “will do nothing to help older workers facing retirement, and will hurt young Ontarians trying to start families and save for their own retirement by building home equity.”