Ontario pension plan will be good for province’s economy in long-run, analysis shows

Conference Board analysis found despite negative near-to-medium term effects, ORPP will lead to increases in income down the road 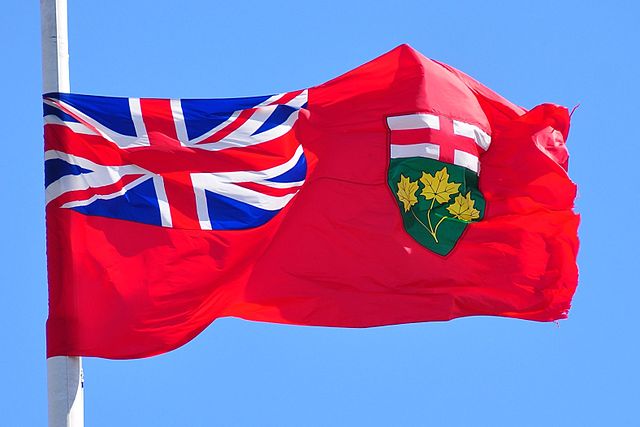 The controversial ORPP is scheduled to launch in 2017. PHOTO: abdallahh, via Wikimedia Commons

TORONTO—The Conference Board of Canada says the proposed Ontario Retirement Pension Plan will mean long-term increases in income that offset the small negative effect on the economy over the near-to-medium term.

In a cost-benefit analysis of the Liberal government’s pension plan, the Conference Board says the increase in mandatory savings initially results in a period of reduced household spending as pension contributions lower family income.

The negative effect on Ontario’s GDP in the near term is partially offset by the fact that individuals are expected to reduce their RRSP contributions when they start paying into Ontario’s pension plan.

The Conference Board—an independent, not-for-profit applied research organization—says the impact on overall real GDP is also offset by a fall in imports as less household spending is used to buy foreign goods and services.

Mitzie Hunter, the province’s associate finance minister, says the report clearly shows Ontarians and the province’s economy will be better off under the Ontario pension plan, which goes into effect Jan. 1, 2017.

The Conference board says in the long term, the impacts from the ORPP “are entirely positive” because benefits paid from the plan will exceed contributions.

“The report reinforces earlier analyses from experts like former Bank of Canada Governor, David Dodge, and reiterates that, over the long-term, the ORPP would add billions to the Ontario economy by ensuring that future retirees have adequate savings for retirement,” Hunter said in a statement.

The Liberals want anyone who doesn’t have a workplace pension to be enrolled in the ORPP, which will require mandatory contributions of 1.9 per cent of pay from employers and a matching amount from workers—up to $1,643 a year from each.

The Progressive Conservatives warn this is the wrong time to hit employers with what they call a payroll tax in the form of pension deductions for each worker.

The Conference Board says by 2045, real disposable income in Ontario would be higher than it would have been without the ORPP. Retirees would spend the extra income from the ORPP benefits, which would spur economic activity.

By 2093, real disposable income would be $19.4 billion, or 1.2 per cent, higher than it would be without the ORPP. Some of the large increase in domestic savings would be reinvested in Ontario’s economy, boosting business investment.

The higher consumer and investment spending results in real GDP being $9.6 billion higher by the end of the forecast period than it would be without the ORPP.

“We estimate that… the creation of the ORPP will generate $39.7 billion in GDP over the forecast period from 2017 to 2093,” said the Conference Board.

“Even after accounting for the fact that Ontario residents place more value on income earned in the near term than they would on income earned decades in the future, the ORPP still has a strong positive effect on Ontario households.”

The report concludes that the design of the Ontario pension plan will benefit members through lower average financial management costs, the sharing of market risk and eliminating the risk of outliving one’s savings, a significant worry for many.

“As the Conference Board shows, members of the ORPP could see higher rates of return than if they invested on their own,” said Hunter.

Ontario always maintained it would prefer an enhanced Canada Pension Plan instead of creating its own pension, but a meeting of federal-provincial finance ministers this week pushed back debate on the CPP until another meeting in about a year.