Ontario cannabis stores open today, but fewer than half are good to go

Three stores were authorized to open in Ottawa, two in Kingston and one each in Toronto, Brampton, Burlington, London, and St. Catharines 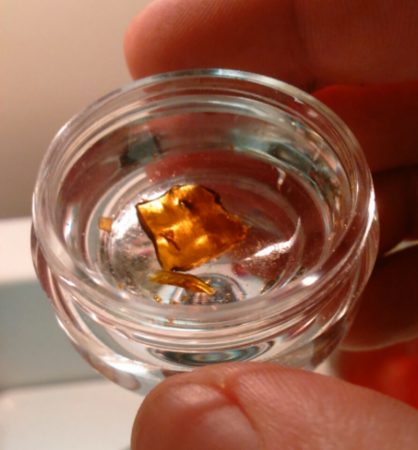 Customers lined up to purchase pot at Ontario’s first brick-and-mortar cannabis stores on Monday, but fewer than half of the province’s government-licensed outlets were ready to open.

The Progressive Conservative government had planned to have 25 stores launch on April 1, but some were still working through a lengthy approval process.

The province’s Alcohol and Gaming Commission, which is overseeing the store vetting process, said 10 stores were given the green light to open Monday, though the shop operators can determine their own opening day and business hours.

Three stores were authorized to open in Ottawa, two in Kingston and one each in Toronto, Brampton, Burlington, London, and St. Catharines.

Recreational cannabis has so far only been available for purchase legally in Ontario through a government-run website.

Related:
Ontario cannabis stores set to open today, but not all ready to go

In Toronto, Stephanie Shamoon was the second person in a line of more than 40 people outside the Hunny Pot Cannabis Co., the only store to open its doors in the city Monday. She said she braved the unseasonal cold from 10 p.m. Sunday night so she could be part of the historical moment.

Although Shamoon, 20, already buys her cannabis legally online, she said shopping in a physical store is much easier.

“You can come in right away, pick up what you want… you can smell it,” she said.

Hunny Gawri, owner of the sprawling retail store, spread over four floors, said he got barely an hour’s sleep last night as they rushed to get ready for the opening.

“We have a full house in here,” he said. “It’s everything we could have asked for.”

Although cannabis retailers across Canada have faced product shortages since legalization last October, Gawri said his store has received everything it ordered. When asked whether he was worried about running out of product in the coming days, he said, “it’s hard to say.”

“It really comes down to how many people come through … we are hoping we have enough supply before the next delivery,” he said.

In Burlington, Art Jackes arrived at 4 a.m. to line up outside RELM Cannabis Co. By 9 a.m., about two dozen people were waiting for the outlet’s doors to open.

Jackes, 67, who is a medicinal cannabis user, said the overall experience at the shop was good, but he said the prices were too high.

“The government’s not going to have any chance of dealing with the black market if they don’t lower the cost,” he said.

Gord Nichols, who arrived at the store at 5:30 a.m., said he lined up because he wanted to be part of history.

“I just wanted to wait and see what the excitement is about,” he said. “It’s the end of prohibition.”

Nichols said he hopes legalization pushes cannabis out of the shadows and lifts some of the stigma around it.

“It’s going to be different to go and buy it and relax at home and not be afraid,” he said.

Shop owner David Nguyen said he was happy to have been one of the few shops in the province to open doors on Monday. The word “finally” – spelled out in gold balloons – decorated one store wall.

“We’re all here to make history,” he said. “We have great educators to teach about products and we also have security to ensure that they’re checking IDs.”

The Tory government had initially said there would be no cap on the number of retail shops after pot was legalized. In December, citing national supply issues, the government said it was issuing licences to just 25 stores.

Stores that fail to open Monday face escalating penalties, but the government has said it won’t rush the vetting process.

The government held a lottery in January to pick 25 entities that could apply for store licences.

Lottery winners then had to turn in their applications, along with a $6,000 non-refundable fee and a $50,000 letter of credit, and had to agree to a strict timeline to open their shops.

The Alcohol and Gaming Commission has the power to draw down the letter of credit in stages in case of delays. Failing to open a store today can result in a $12,500 draw down, while not opening by the end of April means applicants risk losing their entire $50,000 letter of credit.

Pot store licences have been divided regionally, with five going to eastern Ontario, seven to the west, two in the north, six in the Greater Toronto Area and five in Toronto itself.

– with files from Paola Loriggio.