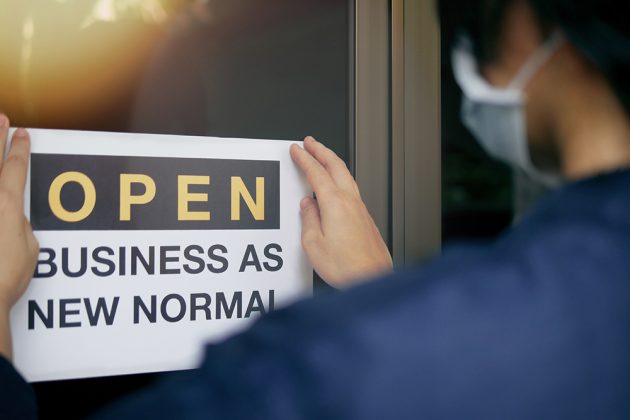 The Canadian Federation of Independent Business (CFIB) shared these concerns in a new letter to Deputy Prime Minister Chrystia Freeland urging government to reverse these program cuts until the economy and borders are full open.

“We still have tens of thousands of businesses that are partially or entirely shut down by government orders, while others are just barely beginning to generate a trickle of sales revenue,” said CFIB president Dan Kelly in a prepared statement. “Businesses that are reopening also face major new costs in hiring and training workers, buying supplies and stocking up on PPE. Pulling back support too early will result in more business failures.”

More than six in 10 businesses are still not making normal sales. For example, in Ontario, indoor dining and gyms will not be able to restart for a few more weeks. Restaurants, hotels, theatres, and event venues across the country have stood empty for months and still face major hurdles such as reduced capacities, smaller profit margins, finding staff, as well as border closures and travel restrictions.

New businesses have not been able to access any of the federal support programs, including the newly created Canada Recovery Hiring Program (CRHP).

“We are pleased to see that the government wants to stimulate hiring by introducing the CRHP, especially as only half of small businesses are currently fully staffed. But it’s incredibly unfair to once again leave out businesses that started after March 2020 from accessing any support. They face the same challenges as other businesses, often with an even smaller reserve of cash,” added Kelly.

CFIB is asking the federal government to extend CEWS and CERS at their original subsidy rates until the economy is fully reopened, including Canada’s borders, and to create a pathway for new businesses to access all of the federal support programs, including CRHP.

“The federal government has been willing to improve and extend the support programs throughout the pandemic. The finish line is in sight but we are just not there yet. Now is not the time to pull support out from under small businesses while they’re still finding their feet,” concluded Kelly.