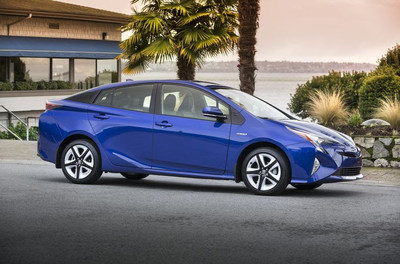 VANCOUVER—During a Mar. 28 press conference at the opening ceremonies of the Vancouver International Auto Show, the Toyota Prius claimed top honours from the Automobile Journalists Association of Canada (AJAC) as the 2017 Canadian Green Car of the Year.

The Prius was chosen from among three finalists, winning over the 2017 Kia Optima HEV and 2017 Chevrolet Malibu Hybrid. The finalists were announced at Toronto’s Canadian International Auto Show in February.

“Toyota is committed to maintaining its leadership position in designing, engineering and building environmentally-advanced vehicles that meet the many demands of today’s drivers—which is why the 2017 Prius sets new standards for efficiency and emissions even as it provides owners with more style and driving fun,” said Cyril Dimitris, VP, Toyota Canada.

Canadian Green Car of the Year entries must meet the standard requirements for initial entry into AJAC’s awards program, along with additional criteria for fuel efficiency based on the entry’s size, powertrain and purpose.

“Our voting panel casts a separate ballot for these models, focusing on green characteristics including range, recharge/refuel time and price. Today, green cars come in many shapes and sizes, and this testing process ensures we take that into consideration,” said Canadian Car of the Year Co-Chair Justin Pritchard.

The RAV4 Hybrid was chosen from among three finalists, winning over the 2017 Subaru Forester and 2017 Mazda CX-9. 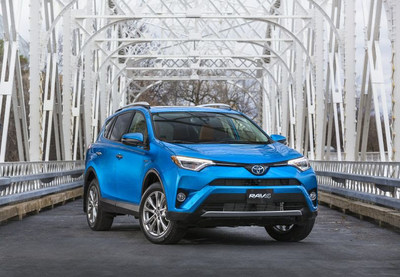 “The RAV4 Hybrid combines Toyota’s top-selling compact utility vehicle in Canada with the fuel efficiency and low emissions of the world’s most proven hybrid power train—and the result is a win for drivers, for communities, and for the planet,” said Dimitris.