The number, announced Wednesday, is likely to put the Japanese automaker close to last year's No. 1, Volkswagen AG of Germany 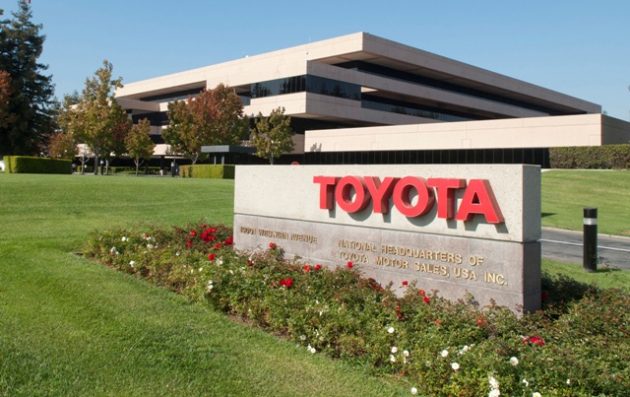 TOKYO—Toyota Motor Corp. says it sold 10.35 million vehicles around the world this year, up 2 per cent from the previous year, and predicts higher sales next year.

The number, announced Wednesday, is likely to put the Japanese automaker close to last year’s No. 1, Volkswagen AG of Germany.

Nissan-Renault, the alliance between Japan’s Nissan Motor Co. and Renault SA of France, which reported solid sales in the first half of this year, has run into some sales problems after inspections irregularities were reported at its Japanese plants. Nissan has been doing massive recalls and the scandal has dented sales.

The other automakers have not yet reported this year’s sales numbers.

Toyota executives repeatedly say they are not seeking to be No. 1 in global vehicles sales and that chasing numbers could even be unhealthy.

But competition is intense not only in major markets like the U.S. and Europe but in relatively new markets like China and India, where growth is expected to be stupendous in coming years.

Toyota reported that sales grew 10 per cent in Japan, while it grew 1 per cent abroad, this year.

The maker of the Camry sedan, Prius hybrid and Lexus luxury models, was not as optimistic about its sales in Japan next year, projecting a 5 per cent decline, while it sees its sales outside Japan would continue to grow.