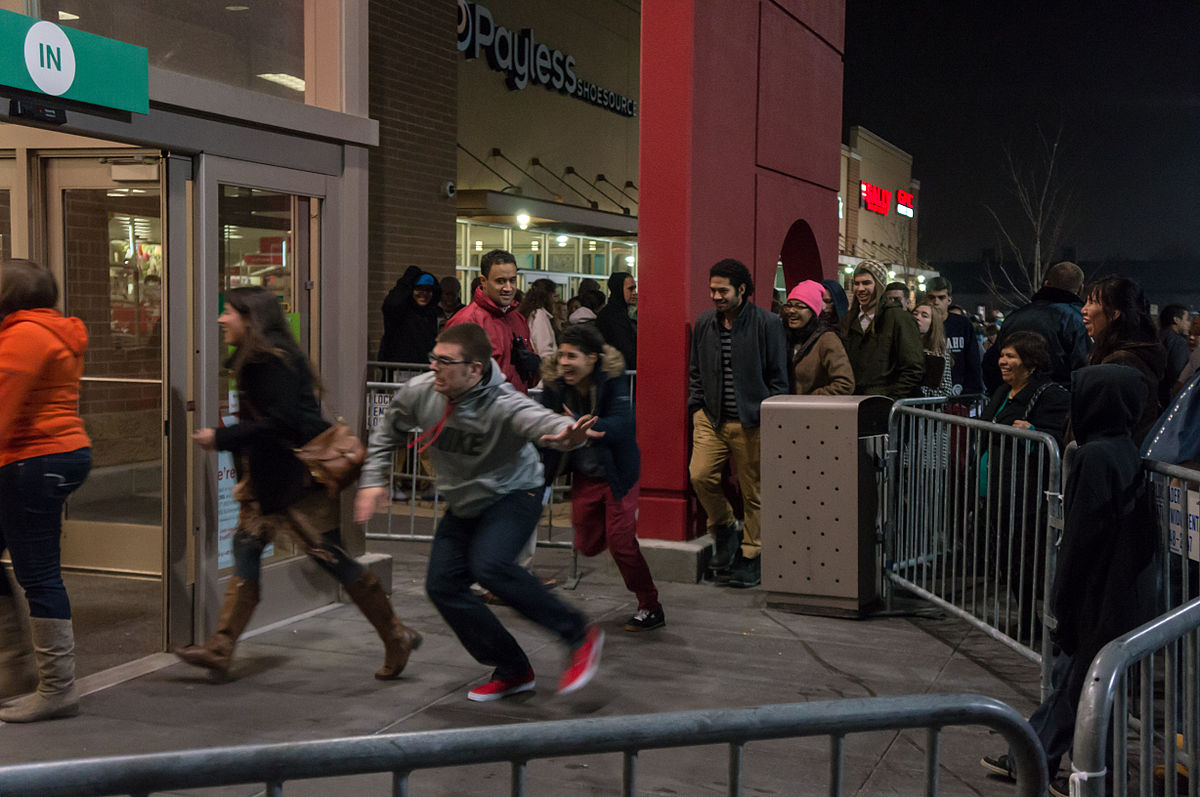 The shift comes as consumers increasingly plan to spend before Christmas and check gifts off their holiday lists, industry watchers say, and the change offers retailers a slight edge.

“(Black Friday) is fulfilling an unmet need,” said Michael Leblanc, a senior retail adviser with the Retail Council of Canada, an advocacy group. It gives consumers the chance to secure deals on presents rather than shop after the gift-giving season is over.

43% of respondents to the group’s second annual holiday shopping survey planned to purchase items on Black Friday—up from 40% the previous year. Only 34% of respondents intended to shop on Boxing Day.

A survey by Deloitte Canada showed a similar disenchantment with the Dec. 26 sales day. Only one out of three respondents wanted to shop during the stretched out, week-long event. The same number said the earlier Black Friday and Cyber Monday sales changed their habits for Boxing Day.

Canadians made 6% more debit transactions on last year’s Black Friday than in 2017, according to data from payment processor Moneris. Black Friday also earned the title of biggest shopping day of the year for transaction volume.

Meanwhile, Boxing Day growth slowed in 2018, and the Friday and Saturday before Christmas surpassed it in transactions and dollars spent, the company said.

The shopping day “has dropped significantly in popularity with consumers,” Moneris said.

Consumers choose the pre-holiday sales because they want to buy gifts at a good price, said Leblanc, which the timing of Boxing Day doesn’t offer.

The retail council found 77% of Canadians’ holiday budgets dedicated to gifts—with the remainder for personal purchases.

It also helps that Black Friday sales have expanded beyond those considered go-to categories for Boxing Day discounts, like appliances and apparel, said Leblanc. Airlines, car dealerships, home decor and improvement chains, phone companies and others now advertise deals for the unofficial kickoff of the holiday spending season.

It’s not likely that merchants hurt over the changing momentum, said Marty Weintraub, a partner and national retail practice leader at Deloitte Canada.

“A lot of it is just shifting sales from one period to a different period,” he said, but having the sale earlier in the year “does give retailers a slight advantage.”

Consumers often try to set a budget for holiday spending, he said, and may have more available funds before the holidays, as well as more energy to shop.

It’s also better for retailers to make sales earlier rather than engage in massive markdowns in an attempt to rid themselves of inventory they didn’t sell during the holidays, he said, which is what Boxing Day has traditionally been about.

“That’s not the best game to play,” Weintraub said.

Those weary of pressure to offer more discounts on Black Friday can participate in ways other than sales, added Leblanc.

“Not all retailers necessarily need to go down the heavy discounting route,” he said.

Shops can bring in special products to launch on Black Friday, for example, when they’re likely to see increased foot and online traffic.

And, it seems, retailers would be smart to join the marketing effort in some form.

Weintraub anticipates Black Friday will continue to see growth at the expense of Boxing Day for some time to come.