Prices are expected to rise in Ontario, the Maritimes, Manitoba and Saskatchewan over the Victoria Day long weekend 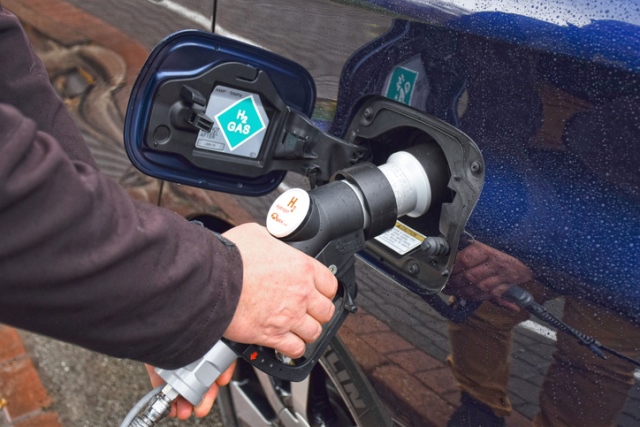 “We’re into the beginning of the summer driving season and demand’s on the rise and supply generally is a bit tighter,” said Kent Group vice-president Jason Parent of Canadian gas prices. PHOTO: Getty Images

CALGARY—Motorists in many parts of Canada are expected to see rising gasoline prices as they fire up their vehicles for road adventures on the Victoria Day long weekend.

But price direction will vary across the nation, said fuel market analyst Dan McTeague of GasBuddy.com, with prices rising in Ontario, the Maritimes, Manitoba and Saskatchewan but actually expected to fall from recent peaks in Alberta and Quebec.

He says prices for regular gasoline in Toronto, Hamilton, Ottawa and most of the rest of Ontario are expected to rise by one cent per litre on Friday and another cent on Saturday, reaching an average of 140.9 cents per litre, the highest since June 29, 2014.

“We said this would be the highest price (in four years) … but honest to God, I never thought it would be this high,” said McTeague.

The highest average price it has recorded in Canada was 142.4 cents in August 2008, it says.

Higher fuel prices at this time of year are to be expected because increased demand allows retailers to build in bigger profit margins, said Kent Group vice-president Jason Parent.

“We’re into the beginning of the summer driving season and demand’s on the rise and supply generally is a bit tighter,” he said. “The general trend at this time of year is upward.”

Manitoba and Saskatchewan, which had the cheapest gas prices in the country on Thursday, are expected to see price increases of five to seven cents over the weekend, McTeague said, adding many retailers in the two provinces have been losing money on gas sales.

“When you suddenly double the traffic with people heading out for the long weekend, you can’t afford to lose double what you’ve been losing,” he said.

“So it’s retailers that tend to drive these prices up regardless of what the (wholesale) market does.”

Gas prices in New Brunswick and Newfoundland and Labrador went up Thursday by more than two cents, McTeague reported.

Quebec prices of about $1.48 per litre are expected to fall by as much as 10 cents over the weekend, while Alberta prices of around $1.35 are to slump by about four cents, in both cases due to local market pressures.

McTeague said Vancouver region prices could rise by a cent or two over the weekend from Thursday’s average of about $1.61 cents per litre but will fall back as the workweek dawns.

Parent said Vancouver prices are higher than anywhere else in North America because of logistical issues including the inability to transport more refined fuels from Alberta on the fully-booked Trans Mountain pipeline from Edmonton to Burnaby, B.C.

“They can’t bring enough product from Alberta into the region so they have to go out and get imports and over the last while those have been higher priced because the import market is fairly competitive on the West Coast right now,” he said.

Kinder Morgan Canada Ltd. has threatened to abandon an expansion of the Trans Mountain pipeline by May 31 because of continued opposition from the B.C. government.

Gasoline prices are emerging as an issue in the Ontario provincial election.

Earlier this week, Ontario Progressive Conservative leader Doug Ford promised to lower gas taxes by 10 cents per litre by cutting 5.7 cents in provincial taxes and another 4.3 cent from his pledge to eliminate the province’s cap-and-trade system.

Gas prices across the country and in parts of the United States have been hovering near record highs, with little relief in sight as the New York benchmark price of oil remains above US$71 a barrel.


Related Stories
Ontario PC gas tax cut may be camouflaged by rise in crude prices: experts
Relief at the gas pump coming to Western Canada
U.S. drivers could see break at the pumps
Inflation up 1.2% in June on back of higher gas, car prices: StatsCan