Packing a V6 or V8 biturbo and as many as 550 horses under the hood, new performance sedan tops out at 306 km/h 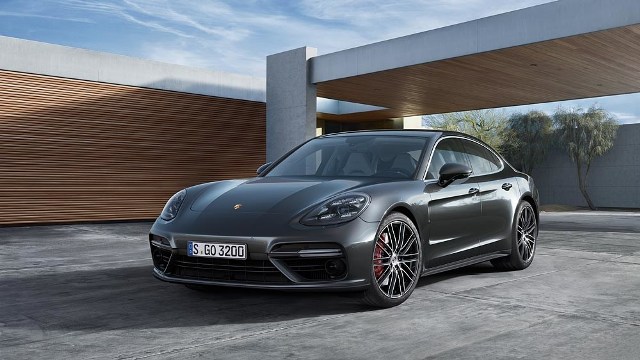 Not short on performance or luxury options, the Panamera includes a new engine, a wholly redesigned interior and even optional massage seats. PHOTO: Porsche

MISSISSAUGA, Ont.—German automaker Porsche is blurring the line between sports car and luxury sedan with its new, second-generation Panamera.

The four-door performance sedan, which hits Canadian streets in the first quarter of next year, will appeal to drivers who pine for power, but simply can’t justify the limitations of a two-seater. Building on the first-generation model, first introduced in 2009, Porsche will roll out an overhauled engine and transmission in the 2017 version and says it has “perfected” the car’s chassis.

The new Panamera will pack either a 2.9-litre V6 biturbo engine or 4.0-litre biturbo V8 under the hood. Porsche says the upgraded engines will deliver more punch while significantly improving the vehicle’s fuel economy and emissions. The Panamera 4S will offer an improved 440 hp, while the performance Panamera Turbo will sport 550 horses. Topping out at 306 kilometres per hour, the V8 reach can reach 100 km/h in 3.8 seconds.

Designers even included a nod to the performance Porsche 911 in the way the roof line trails off toward the vehicle’s flanks—something Porsche says makes the new Panamera appear lower than its first-generation predecessor, despite being slightly taller.

While the new sedan is not short on performance options, the Panamera provides drivers with a number of comfort offerings as well. From a wholly redesigned interior to a suite of entertainment options and optional massage seats, Porsche has not forsaken luxury lovers.