No repeat for Crown Royal; best whisky title heads south of the border 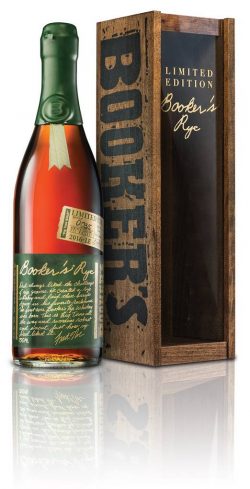 Distilled in Kentucky, the 2017 winner aged over more than 13 years. PHOTO: Beam Suntory

CLERMONT, Ky.—There’ll be no second coronation for Crown Royal’s Northern Harvest Rye, at least not this year.

The whiskey aficionado behind Jim Murray’s Whisky Bible has moved on to slightly warmer climes.

Holding off stiff competition from Scotland, Murray characterized Booker’s Rye as having a “brain-draining, mind-blowing” nose and finish of “amazing depth.”

Developed by the grandson of Jim Beam, Booker Noe, the project began as an experiment and was finished more than 13 years later by Noe’s son Fred, after Noe’s 2004 death.

Despite missing out on a repeat, the Gimli, Man.-made Crown Royal Northern Harvest Rye did snatch a consolation prize. The Whisky Bible awarded the 2016 overall winner this year’s “Canadian Whiskey of the Year” title.

After shoring up the title last year, consumers flocked to the suddenly-popular Crown Royal fare, creating shortages through much of late 2015 and earl 2016.