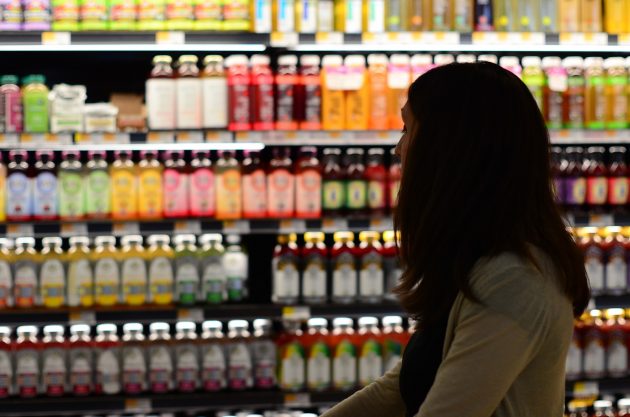 Canadian shoppers could soon be feeling the pinch at the checkout counter. PHOTO: Pixabay

“Our position at the outset is we’d rather not see our consumers and our customers pay more,” said Michael Medline, who is also the CEO of Empire subsidiary Sobeys Inc., during a conference call with analysts.

“So our first response as manufacturers attempt to push their tariff cost increases to us would be to resist them and not accept them.”

He said in an interview afterwards that the company has heard from a small number of supply partners already who have tried to pass on those cost increases. Empire has said no, he said, adding it seems a little early to be passing that on.

Some of Empire’s suppliers are considering that possibility though.

Av Maharaj, the vice-president of corporate and legal Affairs at Kraft Heinz Canada, said “all options are on the table” as the company figures out how much of an impact retaliatory tariffs could have on its popular ketchup, tomato juice, mayonnaise and coffee products.

For now, Maharaj said it is too early to tell whether Kraft Heinz will have to pass costs on to consumers or grocery stores, but said having the company stomach the tariffs would be difficult.

“Any sort of business that is required to, in the middle of the year, find millions of dollars that were otherwise allocated in the budget for other things, is a tough thing to do,” said Maharaj, who noted the tariffs could have a multi-million-dollar impact on his company. “I don’t know many businesses that can withstand that, but we are going to try our best for our customers, for the consumers and for the company.”

Though Kraft Heinz’s approach to the tariffs is still undecided, Medline said if suppliers insist on increasing prices and Empire’s stores must continue carrying the food item in question due to customer demand, that cost increase would be reflected in the retail price.

But, that’s not going to happen without some pushback, he said.

“Our view is we need to find alternatives and we’re not going to easily pass the tariff price increases on to our customers.”

His comments came as Empire raised its dividend as it reported a better-than-expected fourth-quarter profit.

The company will now pay a quarterly dividend of 11 cents per share, up from 10.5 cents.

Sales in the quarter totalled $5.89 billion, up from nearly $5.80 billion in the same quarter last year.

Analysts on average had expected an adjusted profit of 29 cents per share for the quarter, according to Thomson Reuters Eikon.

—With a file from Tara Deschamps.