New Mustang Ford’s fastest ever, can beat Porsche 911 off the line 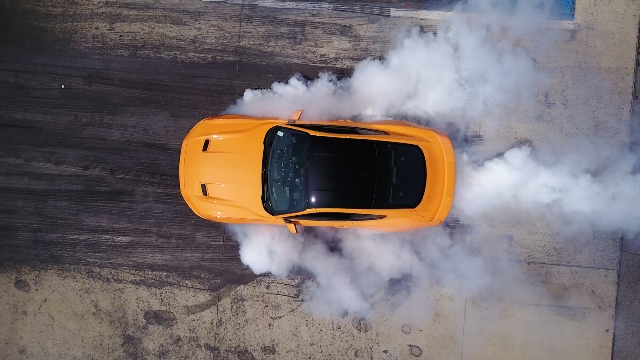 The new top-of-the-line Mustang comes with a redesigned 5.0-litre V8 with a 10-speed transmission. PHOTO: Ford

DEARBORN, Mich.—The new top-of-the-line Ford Mustang is the fastest and most powerful in the pony car’s storied 50-year history.

With a new 5.0-litre V8 engine under the hood, the U.S. automaker says the car accelerates from 0-60 miles per hour in under four seconds—enough to beat out speedy rivals such as the Porsche 911 Carrera.

Carl Widmann, Mustang’s chief engineer, said the car launches off the line “better than ever”—particularly when the vehicle’s Drag Strip mode is enabled.

“Typically, when you shift gears, you give up time,” he said. “In Drag Strip mode, the engine torque doesn’t drop when you’re shifting. You get peak engine torque and horsepower straight through thanks to our new Ford-built 10-speed transmission.”

While the new V8 has set a new standard for speed, earlier this year, Ford announced plans to eliminate the V6 engine that has sat under the hood of the Mustang for decades.

Drivers will now need to pick between the powerful V8 and the V6’s replacement, a four-cylinder EcoBoost engine.

But the EcoBoost is no slouch. It generates 310 horsepower and 350 lb.-ft. of torque and powers the Mustang from 0-60 mph in under five seconds.

The U.S. automaker also plans to introduce a hybrid version of the Mustang starting in 2020.

Ford is expected to release the cost of the new Mustang shortly.