Is quest for Canadian oil independence more a political pitch than economics? 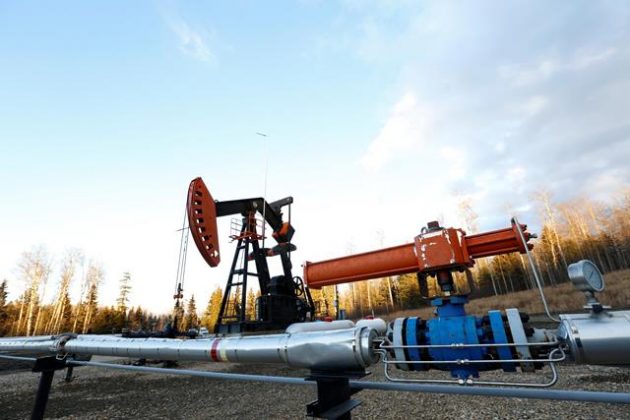 Conservative Leader Andrew Scheer says he wants to end Canadian imports of foreign oil by 2030, a move experts say would mostly affect purchases from the United States and could endanger deep trade relationships.

In dollar terms, the vast majority of Canadian oil imports—about 64%—came from the U.S. last year, while 18% came from Saudi Arabia, 6% from Azerbaijan and 3% from Norway. Nigeria, the United Kingdom and Algeria were also sources of imports last year into Canada.

Canada hasn’t imported any crude from Iran or Venezuela in recent years.

Meanwhile, virtually all the millions of barrels of crude oil Canada exports each day are sold to the United States.

Pedro Antunes, chief economist for The Conference Board of Canada, said outright oil independence is not a big economic issue for the country. Alleviating transportation and logistical pressures on Alberta’s oilsands is far more important, he said.

“If you’re really just trying to target all of our oil imports, then yeah I think that might cause some difficulties,” Antunes said. “We have some very open trade relations with some of the countries that are oil importers into Canada.”

Scheer also said he no longer wants to depend on oil from the United States, which he called Canada’s “biggest economic competitor.” He argued that “an energy-independent Canada would be a Canada firing on all cylinders.”

Part of Scheer’s plan includes the creation of a cross-Canada utilities corridor to ease pipeline construction and to open up new domestic markets for oilsands bitumen.

Like the Conservatives, the Greens have also made a pre-election pledge—for different reasons—to end Canada’s reliance on foreign oil imports.

Green party Leader Elizabeth May, whose ultimate objective is to wean Canada completely off oil by 2050, has promised to end foreign crude imports as soon as possible. Since May opposes new pipelines, she envisions moving more raw bitumen by rail, with help from investments to improve train services, until Canada stops consuming oil.

Talk of any determined push towards Canadian crude independence appears to be a message crafted to appeal to some voters.

A number of experts, however, worry an absolute target of oil independence could also send unwelcome protectionist signals to the world and mean resisting market forces. Instead, the country should be focused on loosening bottlenecks that are preventing Albertan oil from getting to new markets.

“I think there is a concern of protectionism whenever you’re limiting imports,” said Grant Bishop, an associate director of research at the C.D. Howe Institute think-tank.

“You have to have a good economic or security reason for doing so. I’m not sure that there is one here for crude-oil production.”

“We’re heavily dependent on trade, so why would a trading country start talking about protectionism and independence? It doesn’t make sense for an economy such as ours,” Findlay said.

“I really think that this idea of independence and protectionism is politics—but economics would say we’re crazy not to buy our own.”

Mike Moffatt, an assistant professor of economics at Western University, said he’s concerned whenever he hears politicians say their goal is to get completely off foreign oil.

“That’s a decision that should be left to companies,” said Moffatt, who was an adviser to Prime Minister Justin Trudeau between 2013 and 2015. “It does seem to be a shift in messaging from a traditional, free-market Conservative positioning to one that’s sort of more nationalistic.”