U.S. demand for Canadian Christmas trees is rising, causing higher prices for consumers across the continent 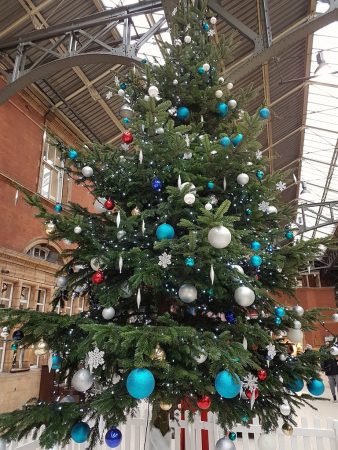 MONTREAL – Consumers on the hunt for a Christmas tree have little to cheer about this year, as prices are through the roof due to a shortage of trees that can be traced back to the 2008 financial crisis.

The Great Recession put thousands of American Christmas tree farmers out of business, resulting in far fewer seedlings being planted. As trees have a maturity cycle of 10 years, the lack of supply is just now beginning to bite, pushing up U.S. demand for Canadian Christmas trees and causing higher prices for consumers across the continent.

“We’ve got a shortage of Christmas trees,” said analyst Paul Quinn of RBC Dominion Securities. “We’ve seen a marked increase in the price for trees because of the lack of supply.”

The average price of a tree rose 123% to US$78 in 2018 from US$35 in 2013, according to the U.S. National Christmas Tree Association. Price growth has also occurred in Canada, Quinn said, with sales at Christmas tree farms up by 15% annually for the last five years on average.

The Quinn Farm on Perrot Island just outside Montreal boosted retail prices by $10 this year.

Part of the reason was to make up for a decade of stable pricing and rising labour costs, but demand has been growing steadily for the past few years – with a sharp spurt this year – said Stephanie Quinn (no relation to Paul Quinn), who runs the nursery with her husband Phil.

Their top-price Tannenbaums now cost $80 while bargain timber goes for $55, with the price dependent on quality, species and height.

“We’ve been getting a fair number of calls from people who normally buy wholesale trees and haven’t been able to find anybody this year,” said Quinn, echoing other direct-to-consumer farmers.

“And we tried calling around to find some plantations and Christmas tree growers that could supply us – we even sent the request out with Quebec’s Christmas tree producers association – and there was nobody who had any extra trees to sell.”

The head of that association, Jimmy Downey, says consumers unwilling to shell out more than last year may have to settle for a tree that’s shorter, scragglier or a notch below the “Cadillac” varieties.

“Pines don’t smell good. They smell awful, actually, and they lose their needles very vast,” said Downey, whose third-generation farm in Hatley, Que., sells up to 30,000 trees each year.

The Balsam fir is fragrant but its deluxe cousin, the Fraser fir, is hardier, shedding fewer needles and sporting sturdier branches that can handle a heavy ornament.

About 80% of Downey’s trees go by the truckload to the U.S., mainly New England but as far as Pennsylvania and Wisconsin. He raised prices this year, thanks largely to the short supply and strong demand.

Supply is lower in Canada too, owing largely to past farm closures. The Canadian Christmas Tree Growers Association – Downey sits on the board alongside his father, executive director Lewis Downey – counted roughly 300 members 15 years ago, he said. Now the trade group is down to about 80.

With a shortage plaguing the U.S., Western Canadian consumers may find they’re paying significantly more for the trees they buy from Oregon and Washington.

“B.C. is not a high-producing province for Christmas trees,” Downey said. “The Fraser Valley is very, very expensive and it takes too many years to produce a tree. Therefore you might as well produce something that will give you a yield on a yearly basis.”

Factors beyond the financial crisis are also having an impact.

Greater awareness among customers of their carbon footprint may be sparking renewed interest in natural trees, which often grow locally and meet their demise organically by returning to the earth as mulch, experts say.

Artificial trees, available in big-box stores across the country after a journey from China, are typically not recyclable and are manufactured with PVC, which releases carcinogens during manufacturing and disposal. However, the fake firs still furnish more than 70% of the U.S. market, according to RBC Dominion Securities.

Paul Quinn suspects the supply shortage will remain for at least a couple years.

“As the economics get better for tree growers you’ll see them planting more trees. Unfortunately, you had to have that foresight 10 years ago,” he said.

Quinn himself sidesteps the problem entirely, applying each year for a permit from the B.C. government to harvest a tree on Crown land.

“It always involves almost swimming through the snow to get to the base of the tree to cut it,” he said.