Even before China's economic slowdown, the industry was under pressure from shifts in Chinese buying habits 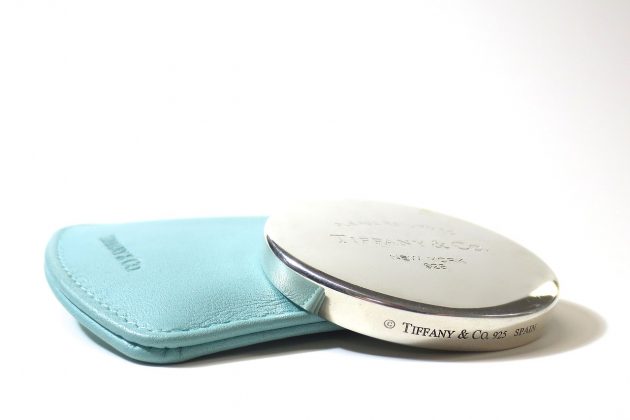 BEIJING – The designer boutiques of Manhattan and Paris are feeling the chill of a Chinese economic slowdown that has hammered automakers and other industries.

That is jolting brands such as Louis Vuitton and Burberry that increasingly rely on Chinese customers who spend $90 billion a year on jewelry, clothes and other high-end goods. The industry already is facing pressure to keep up as China’s big spenders, mainstays for American and European retailers, shift to buying more at the spreading networks of luxury outlets in their own country.

Last week, Tiffany & Co. showed how much well-heeled Chinese tourists matter to retailers abroad. Shares in the jeweller known for $5,000 watches and $400 silver baby spoons fell 12 per cent after its CEO said they were spending less.

In Hong Kong, the top shopping destination for mainland travellers, only a dozen visitors were in Tiffany’s flagship store one afternoon last week. Many looked without buying.

“The name brand goods are too pricey,” said Zhou Jiqing, from the neighbouring mainland city of Shenzhen. “I’m waiting for the Christmas sale.”

Forecasters including Euromonitor International and Bain & Co. say Chinese customers will be the luxury industry’s main growth engine over the next decade. But this year, shoppers are skittish amid cooling economic growth, trade tension with Washington and weak real estate and stock markets.

“Consumers are just not as excited about spending that kind of money right now,” said Ben Cavender of China Market Research Group.

Demand for Tom Ford suits and Jimmy Choo shoes held up better than some other Chinese spending as economic activity slowed following a government clampdown on bank lending to cool a debt boom.

Related:
Study: Chinese to account for half of luxury sales by 2025

China’s economy, the world’s second largest, is forecast to grow by a relatively robust 6.5 per cent this year, easing from 2017’s 6.7 per cent. But that is propped up by higher government spending on public works construction that helps to mask weakness in other areas.

Auto sales in the global industry’s biggest market plunged 13 per cent in October from a year earlier. Housing sales are so weak that some developers are cutting prices. The main Chinese stock market index is down 22 per cent from a year ago.

Even before the economy cooled, the industry was under pressure from shifts in Chinese tastes and buying habits.

Luxury brands, some of them centuries old, have raced to serve China as its consumers emerged as a powerhouse market.

Chinese traders fly home from Paris or Rome with stacks of designer bags and other goods to re-sell.

The incentive to shop abroad has eroded as major brands opened their China stores and prices fell closer to U.S. and European levels.

“Now, lots of world brands have shops in first-tier mainland cities,” said Alex Bi, who was visiting Hong Kong from the mainland city of Guangzhou. He and his sister, Jessica, were window-shopping in the bustling Kowloon district.

At the same time, Beijing has stepped up efforts to reduce reliance on trade and encourage self-sustaining economic growth based on consumer spending. Import taxes on luxury goods were cut to lure shoppers home.

Luxury spending abroad is forecast to keep rising, but not as fast as in China.

The share of spending that goes to retailers in China should rise from one-quarter of last year’s $90 billion to half of 2025’s projected total of $170-190 billion, according to a Bain report this month. Under that scenario, spending abroad would rise from $67 billion to $85-95 billion.

Meanwhile, the customs agency is cracking down on informal imports by searching the luggage of travellers returning from Europe and other shopping destinations.

In November, a trader was sentenced to 10 years in prison for smuggling designer clothing from Hong Kong without paying the mainland’s higher import duty, according to news reports.

“This shocked the whole industry. Nobody dares to continue to act as purchasing agents,” said market researcher Li Chengdong of Donge Investment Management Co. in Beijing. “This has an immediate impact on the sales of the overseas retailers.”

Anxiety over possible terrorist attacks has prompted some Chinese to avoid Paris, London and other shopping destinations.

Tighter visa restrictions under President Donald Trump also make it harder for Chinese shoppers to get to the United States, said Cavender.

Chinese tourist arrivals in the United States fell 20 per cent from a year earlier to 880,000 in the three months ending in September, according to an estimate by the China Outbound Tourism Research Institute in Hamburg, Germany. The number going to France rose 20.7 per cent to 664,800 and those bound for Italy rose 18.9 per cent to 850,000.

“If people previously were going to the U.S. to buy an American luxury brand, that’s not their first choice anymore,” said Cavender. “They would rather go to Japan, New Zealand or someplace in Europe where the process is easier.”