Toyota's stalwart economy car was introduced in Japan in late 1966. The automaker has since sold 43 million Corollas and counting 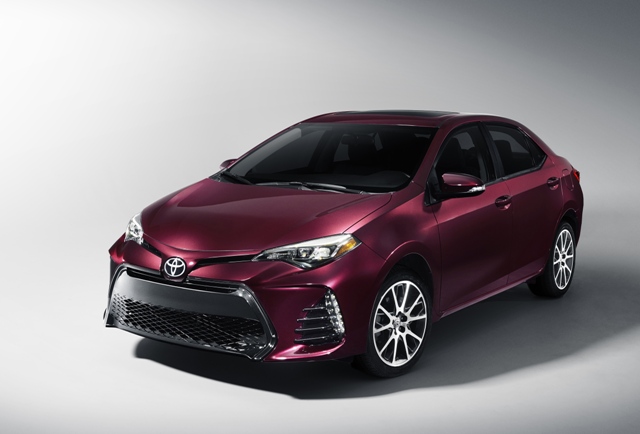 Toyota has upgraded the 2017 Corolla with a number of new features, including a standard back-up camera and more stylish interior. PHOTO: Toyota

TOKYO—Toyota has marked 50 years of its stalwart and economical Corolla by giving it new styling and features and a nicer interior while keeping it under $20,000.

The base model, the Corolla L starts, at US$19,385, including the destination charge. It comes with a 132-horsepower four-cylinder engine and continuously variable transmission that a driver operates like an automatic.

For the first time, the cheapest model comes standard with a backup camera and Toyota’s pre-collision system suite, which includes pedestrian detection, lane departure alert with steering assist, radar cruise control and automatic high beam headlights. Buyers won’t find all of these features standard on competitors priced this low, nor will they find the Corolla’s expansive, 41.4 inches of rear seat legroom.

With its start as a basic small sedan in Japan in late 1966, the Corolla grew into the world’s bestselling car, with more than 43 million sold and counting. It has been a bestseller in the U.S. for decades. Last year, for example, Toyota sold more than 1,000 Corollas a day, which made it the second-most popular car after the larger Toyota Camry. 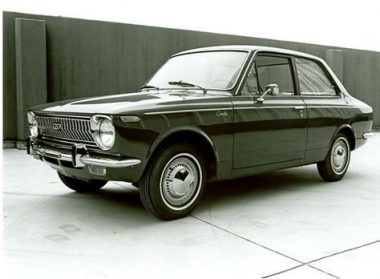 The first generation Corolla. The vehicle was introduced in Japan first before taking on the world market. PHOTO: Toyota

The 2017 Corolla is a recommended buy of Consumer Reports, which rates its reliability as better than average. At J.D. Power and Associates, which has conducted annual dependability and initial quality surveys with car owners for decades, the Corolla has typically ranked among the best.

The Corolla isn’t sporty, but its new front styling is interesting, with revamped headlights and an aggressive-looking grille. It has the same 1.8-litre, double overhead cam, inline four-cylinder engine that it’s had for years. It isn’t turbocharged and the test-driven model, a 50th Anniversary Special Edition Corolla, produced an anemic 128 foot-pounds of torque at 4,400 rpm.

The continuously variable transmission contributes to the less than sporty feel because it works so hard to maximize fuel economy and can drone loudly during acceleration. The “sport” mode button in the test-driven Corolla made it act more like it had an automatic transmission with pre-set gears, but the car defaulted out of “sport” every time it was turned off.

In mostly city traffic, the tested car got 28.8 mpg for a decent travel range of 380 miles on a single tank of regular gasoline. The federal government rating for the car is 28 mpg in city driving and 35 mpg on highways.

Nothing has changed in the Corolla’s suspension, and road bumps can be felt much of the time.

The interior is nicer, thanks to upgraded seat materials, new climate control interface, new circular air vents and a decent-sized display to view images from the rearview camera.

While drivers don’t sit real low to the pavement in the Corolla, they don’t sit up high enough to see around or through the windows of larger vehicles in front of them as they would if they were in a van or SUV.

The bench seat cushion in the Corolla’s back seat is short, so it doesn’t provide a lot of thigh support. But the rear floor is flat, the Corolla’s rear doors open quite wide to ease entry, back-door windows go down all the way, and long items can fit into the Corolla’s 13-cubic-foot trunk because rear seatbacks fold down.