The RARE division will pilot across an ensemble of brands including Champagne, Cognac, Rum, Bourbon, Single Malt Scotch, and White Spirits 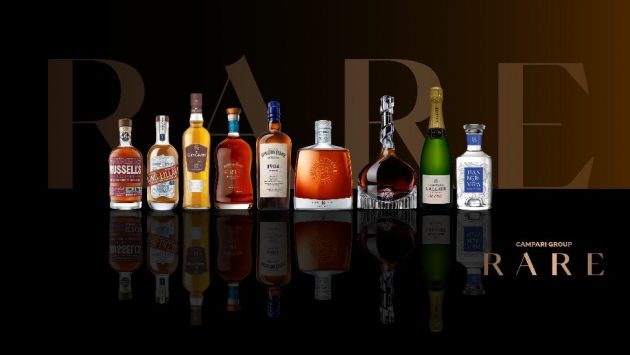 NEW YORK — Campari Group has announced the launch of the RARE division. Operating from New York City, this incubator division will be led by Julka Villa, who will retain her role as Global Strategic Marketing Spirits Managing Director, and will operate distinct from Campari America under the direct aegis of the Group CMO.

The RARE division will pilot across an ensemble of brands including Champagne, Cognac, Rum, Bourbon, Single Malt Scotch, and White Spirits.

“By developing a new route-to-market architecture for these resilient and dynamic jewels in our portfolio, we aspire to unlock their true potential,” said Villa in a prepared statement. “These are brands rooted in mastery- they represent provenance, artistry, technique and tradition. With a tailored approach, these luxurious expressions will provide the consumer a passport to excellence.”

In June 2021, the division will kick-off with the relaunch of the cognac, Bisquit & Dubouché, and later in the year, the group’s first French champagne acquisition, Lallier fine champagne. “Consumers are drinking less, but they’re drinking more prestigious spirits,” Villa adds. “Cognac for example, is one of those spirits that has paved the way for premiumization across many categories like whisky and rum and is poised for substantial, purposeful growth. An iconic brand like Bisquit & Dubouché, steeped in tradition, is now poised to project an innovative concept of luxury after a complete re-engineering.”

The program will launch in the US beginning with a select number of states where the premium plus and super-premium business is concentrated. In the first year, the RARE division will concentrate on California, Texas, and Florida, in order to develop a specific company approach on brand equity building and route-to-market for other markets to adopt and implement in the future.