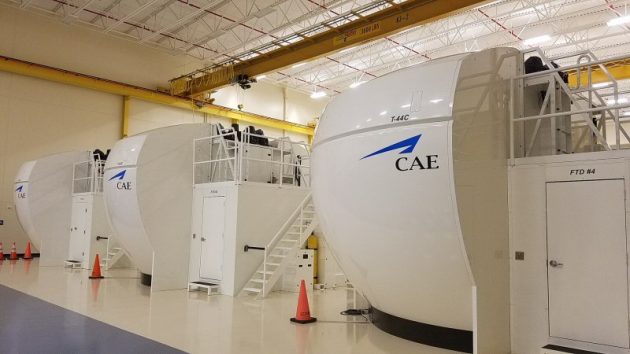 MONTREAL—Flight training specialist CAE Inc. says it’s poised to benefit from the arrival of Donald Trump to the White House and increased defence spending around the world.

“We have a unique situation geopolitically that we haven’t seen since the Cold War,” CAE chief executive Marc Parent said Tuesday during a conference call to discuss its third-quarter results.

Whether it’s fighting terrorism, responding to Trump’s push for countries to meet their NATO commitment or other military challenges, regions around the world are increasing their defence spending, he told analysts.

Despite a slight decrease in defence revenues last quarter, CAE won a $200-million contract from Airbus to provide training over 11 years for 16 search and rescue aircraft for the Royal Canadian Air Force.

The Montreal-based company also was awarded last month more than $1 billion in contracts from U.S. and Canadian armed forces.

In the United States—where nearly a third of CAE’s 8,000 employees are based—the company said it’s well-positioned to profit from the new president’s electoral promise to increase the U.S. defence budget.

“The new administration in the United States are very focused on maintaining and increasing readiness and that in itself is driving a lot of activity,” he added.