Trump's administration will allow American defence contractors to sell armed drones directly abroad instead of through the government. The change should give a big boost to an almost trillion dollar a year defence industry 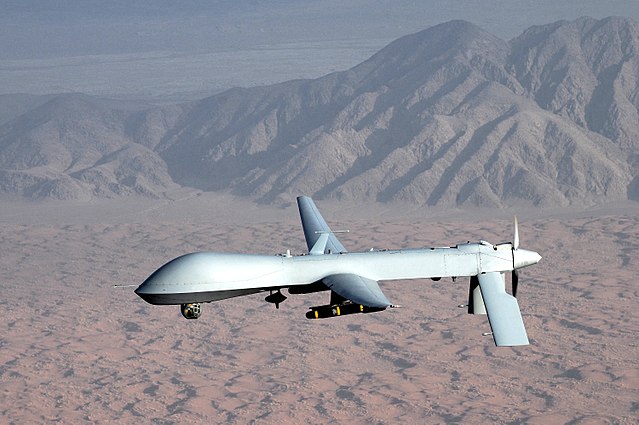 In policy changes aimed at boosting American firms’ ability to compete in the increasingly lucrative global arms market, the administration said it is removing restrictions that barred U.S. manufacturers from directly marketing and selling drones, including those that are armed or can be used to guide missile strikes, abroad. Previously, foreign countries had to go through the U.S. government to buy such drones. They will now be able to deal directly with the companies, although the government will retain oversight.

Despite Thursday’s changes, the government must still approve the sales by overcoming a presumption of denial contingent on human rights and proliferation considerations. Sales will also remain subject to congressional review.

Still, the revisions are likely to draw opposition from lawmakers and human rights groups that have long urged that military sales, particularly those of drones, be more restrictive rather than less. Administration officials said concerns about the potential for civilian casualties and the possibility that the weapons could be illegally transferred will be addressed in the review process.

In addition to the drone-specific changes to the policies, the revisions will add U.S. economic interests as a primary consideration in broader arms export control reviews. Among other things, that could allow foreign governments to get assistance to purchase U.S. weaponry they might not otherwise be able to afford, officials said.

Peter Navarro, director of the White House Office of Trade and Manufacturing Policy, said the moves underscore President Donald Trump’s belief that “economic security is national security.” He noted that U.S. defence contractors support 2.5 million jobs and are responsible for nearly a trillion dollars a year in economic activity.

“Partners who acquire American weapons are more capable of fighting alongside us and ultimately more capable of defending themselves with fewer American boots on the ground,” he said. In addition, Navarro said the changes would blunt an increasing trend of countries choosing to purchase Chinese “knock-offs” of American military materiel or Russian systems that are cheaper but not of the same quality as U.S. products.

The new policies were announced a day after Trump said his administration was working to streamline approvals of arms sales to U.S. allies and partners.

“When they order military equipment from us, we will get it taken care of and they will get their equipment rapidly,” Trump told reporters at a joint news conference with Japanese Prime Minister Shinzo Abe in Florida on Wednesday. “It would be, in some cases, years before orders would take place because of bureaucracy with Department of Defence, State Department. We are short-circuiting that. It’s now going to be a matter of days. If they’re our allies, we are going to help them get this very important, great military equipment. And nobody, nobody, makes it like the United States. It’s the best in the world by far.”