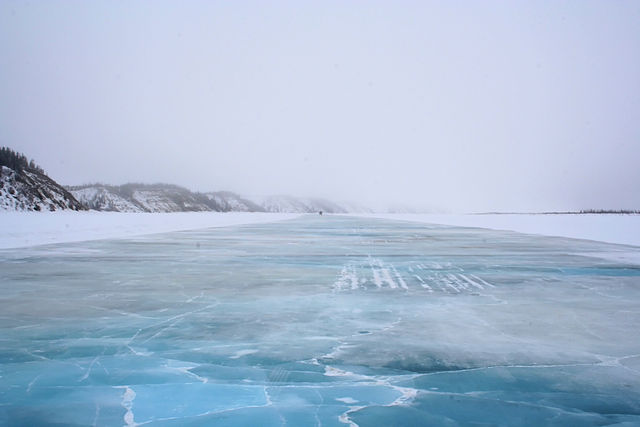 The new all-year highway between Inuvik and Tuktoyaktuk will replace the seasonal ice road before next winter. PHOTO: Ian Mackenzie, via Wikimedia Commons

Inuvik, N.W.T.—In southern Canada, driving on ice is something to avoid. In parts of the North, it’s the only wintertime option—and for some adventurers, part of the attraction.

But that option will soon cease to exist on one well-known route: the 187 kilometres between Inuvik and Tuktoyaktuk in the Northwest Territories.

N.W.T. tourism officials are spreading the word that this winter offers the last chance to drive the seasonal ice road to Tuk, as the Arctic Ocean hamlet is called. Beginning in winter 2017-18, the frozen path—one of several northern ice roads—will be replaced by an all-season overland highway, a project that has been planned for decades.

Crews are currently working on the final few kilometres of the new road, capping a years-long project that has challenged engineers to build a stable all-season surface atop permafrost. The $299 million Inuvik Tuktoyaktuk Highway is expected to open next fall after four years of construction—much of it done during the winter when ice roads could be used to transport supplies to the remote construction sites north of the Arctic Circle. 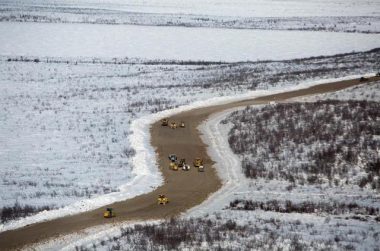 The new highway will become the first all-weather road to the Arctic Ocean in Canada. PHOTO: Government of Northwest Territories

What’s it like to steer a vehicle on Arctic ice? A description on Inuvik’s tourism website puts it this way: “A trip up in the winter, meandering through the frozen Mackenzie Delta and the treeless Arctic tundra as your four wheels leave pavement in favour of ice, is dreamlike.”

According to a 15-year average, the ice road to Tuk opens in mid-December and closes around the end of April.

“Speed limits on the ice roads are enforced for your safety,” says N.W.T. Tourism, noting that cars can be rented for the adventure. “Dangerous holes can open in the road if speeding traffic creates waves under the ice.”

With the hope of drawing fairer-weather travelers to the Far North, territory officials are promoting a variety of winter packages—from dog sledding and ice road tours to reindeer herd sighting packages.