Poll suggests Canadians concerned about fake news, but struggle to spot it

The results were rife with contradictions: 88% of respondents were concerned about the quality of information circulating online, but 61% said the public concern over fake news is overblown 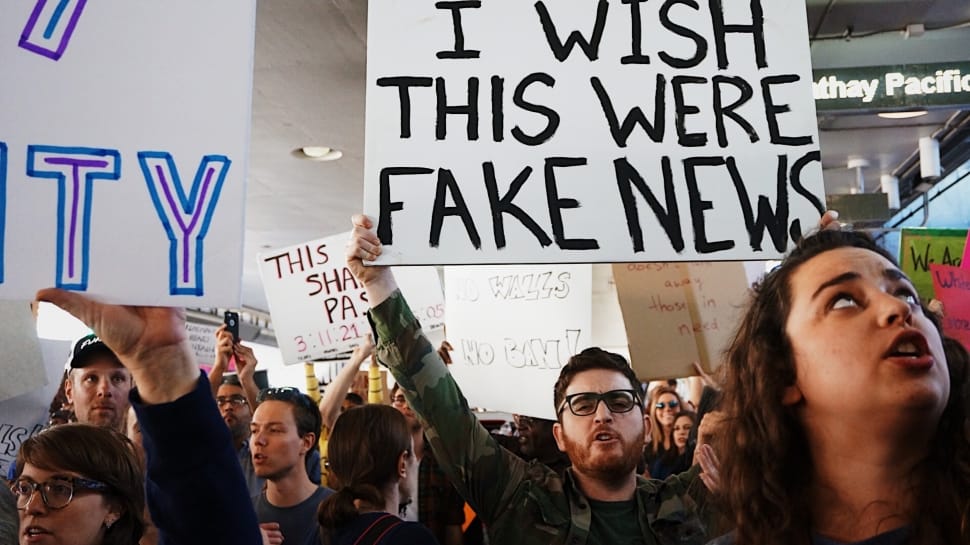 A new survey suggests Canadians are concerned about the proliferation of fake news, but they aren’t necessarily equipped to stop it from spreading.

The poll from Historica Canada, the organization behind Canada’s Heritage Minutes, surveyed Canadians on the state of the news media and their own capacity to distinguish fact from opinion.

The results were rife with contradictions: 88% of respondents were concerned about the quality of information circulating online, but 61% said the public concern over fake news is overblown.

More than half of survey participants admitted to either reading or sharing a story that later proved to be inaccurate or out of date.

Historica says 69% of survey respondents believed they could tell the difference between fact and opinion, but only 12% got a perfect score when asked to classify six test statements included in the poll.

About 86% suggested media literacy should become mandatory learning for Canadian students, which Historica CEO Anthony Wilson-Smith sees as a sign Canadians are aware of the complexity of the issue.

“There’s enormous appetite and effort to follow news,” Wilson-Smith said, citing the fact that 94% of survey participants professed to keep on top of current events. “People clearly understand the importance of being aware of what’s going on in the world. What’s less clear is the degree to which people are thinking about the veracity of the stories that they’re reading.”

Wilson-Smith said the survey suggests most respondents are following at least one fundamental rule of proper information-seeking by turning to multiple sources for their daily news. About 76% of participants looked to traditional outlets such as print or television, while 70% turned to online sources, and the majority of respondents said they drew upon both.

However, the numbers also indicated that survey participants struggled to sort the wheat from the chaff within those diverse sources.

The poll found 56% of respondents admitted to reading or sharing inaccurate news reports, while 45% indicated they’d had to step in and correct dubious reports circulated by others.

Wilson-Smith said the survey’s most troubling finding was the struggle to distinguish fact from opinion, particularly given the survey participants’ tendency to overestimate their own abilities.

Historica included six statements as part of the poll and asked participants to identify which category they fell into.

When presented with a sentence such as “the battle of Vimy Ridge was the most important moment in Canadian history,” for instance, only 41% were able to correctly classify it as a statement of opinion.

When confronted with the sentence “The Montreal Canadiens have won more Stanley Cups than any other team in the NHL,” just 54% were able to identify the statement as factual.

Only 12% of survey respondents were able to provide the correct classification for all six test statements, while 5% failed to get a single one right.

The survey also found respondents under the age of 55 were more discerning than older news consumers. About 45% of respondents from that age group got at least four questions right compared to 33% of those over 55.

The online survey of 1,000 respondents was conducted by Ipsos on Historica’s behalf between Aug. 23 and 26.

The polling industry’s professional body, the Marketing Research and Intelligence Association, says online surveys cannot be assigned a margin of error as they are not a random sample and therefore are not necessarily representative of the whole population.

Wilson-Smith acknowledged the ability to parse fake news from the real thing is more complex than simply being able to tell fact from fiction, noting that language choice in contrasting news reports can frame the same set of facts in a very different light.

He said the survey findings should serve as a caution both to media outlets and news consumers. Reporters must exercise care and consideration in their coverage, he said, while those reading or viewing their work should actively seek out multiple sources to ensure they’re hearing as many perspectives as possible.

“Reporting, much like current events themselves, is very seldom black and white,” he said.