It's Nunavut's second fatal polar bear attack this summer, and Inuit have complained that human-bear encounters are increasing 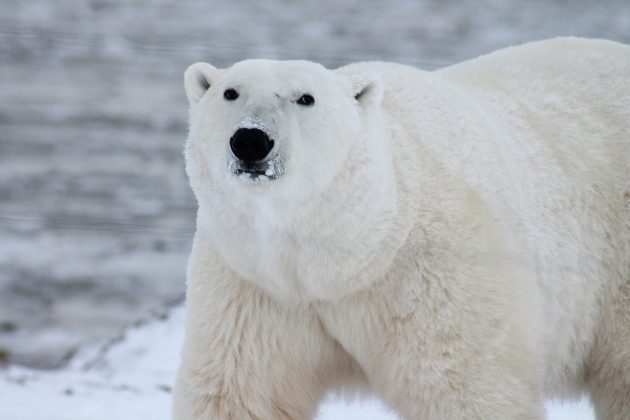 In early July, a man from Arviat, Nvt., was killed when a bear appeared during a family outing on an island near the community. PHOTO: Pixabay

IQALUIT, Nunavut— Nunavut officials are investigating a polar bear attack that killed an Inuit hunter and injured two others, the second fatal attack this summer.

“It’s been a tough day,” Rob Hedley, administrator of the hamlet of Naujaat, where the hunting party set off from, said Tuesday.

Hedley said they were found by search parties on Lyon Inlet, a common place to hunt, about 100 kilometres east of Naujaat.

The hunters left the community, which is on the northernmost shore of Hudson Bay, on Aug. 21 to hunt narwhal and caribou. The three were expected home on Thursday.

Police say they were notified when the trio hadn’t shown up by Sunday. Search efforts by the Joint Rescue Co-ordination Centre, the Nunavut Emergency Management office and a local search team began Monday.

Resources included a Hercules airplane and boats from the Naujaat search-and-rescue team. The boats weren’t able to reach the spot the hunters were believed to be when sea ice blocked the way.

A second Hercules as well as a helicopter-equipped icebreaker joined the search on Tuesday. The hunters were spotted from the helicopter and were flown to Naujaat on Tuesday morning.

The bear was shot and killed. Hedley said the hunters were armed at the time of the attack.

He said many of the details were still being pieced together.

Naujaat, which is home to about 1,000 people, is taking the news hard, said Hedley.

RCMP continued to investigate the death. A team from the Nunavut Environment Department was also on site to examine the bear.

Department spokesman Dan Pimentel said a report should be available in the next few days.

In early July, a man from Arviat was killed when a bear appeared during a family outing on an island near the community. Aaron Gibbons, 31, died after he placed himself between the bear and his children, who were able to run to safety.

That bear was subsequently killed. A report on its condition has not been made public.

Fatal polar bear attacks on humans are rare despite the animals’ fearsome abilities.

Pimentel said the last fatal mauling before this year was in 2000 near Rankin Inlet.

Inuit have complained that human-bear encounters are increasing.

A 2017 report from the U.S. Fish and Wildlife Service on bear attacks outlined 73 recorded predatory attacks and 20 fatalities between 1870 and 2014, although that list is likely to be incomplete.

Nearly two-thirds of the attacks were by young adult bears who were starting to starve. Nearly nine in 10 attacks occurred between July and December when sea ice was at its lowest.