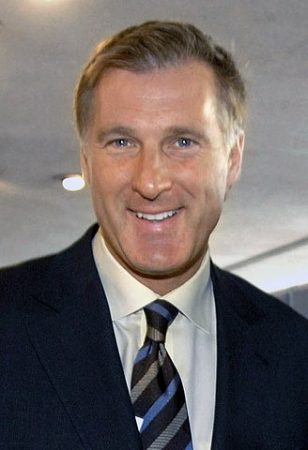 Bernier says the name—which will be PPC for short—fits a party that represents people who are tired of Canadian politics being hijacked by special interest groups, cartels and lobbyists.

He says that if people do not like his ideas “that’s OK, don’t vote for me.”

The maverick MP quit his party last month after spending much of the year butting heads with Conservative Leader Andrew Scheer over supply management. Scheer removed him from the Conservative shadow cabinet in June.

Bernier says the new party will be registered with Elections Canada over the next several weeks but that it takes time to do all the required steps.

Bernier confirmed that there are only two employees on the party’s payroll—Martin Masse, one of his key organizers and Maxime Hupe, who worked previously for Bernier as a spokesman for his unsuccessful leadership bid.

He says he has raised $140,000 thus far and that thousands of people have reached out to him to get involved.

Bernier says his party will have a candidate on the ballot in every federal riding by the election next fall.

Conservatives are livid at Bernier’s power play arguing adding another party on the right side of the political spectrum will split the vote and allow the Liberals to easily win another majority government.

But Bernier doesn’t see himself as a political disruptor and says the only resemblance between himself and U.S. President Donald Trump is their use of social media.

“We are doing something very different. It’s unique in Canada what we’re doing right now so I cannot compare myself to other politicians,” he said, adding “I’m Maxime Bernier, that’s it.”