Indian pilot’s return from Pakistan may defuse some tension

March 1, 2019  by Ashok Sharma And Zaheer Babar, The Associated Press 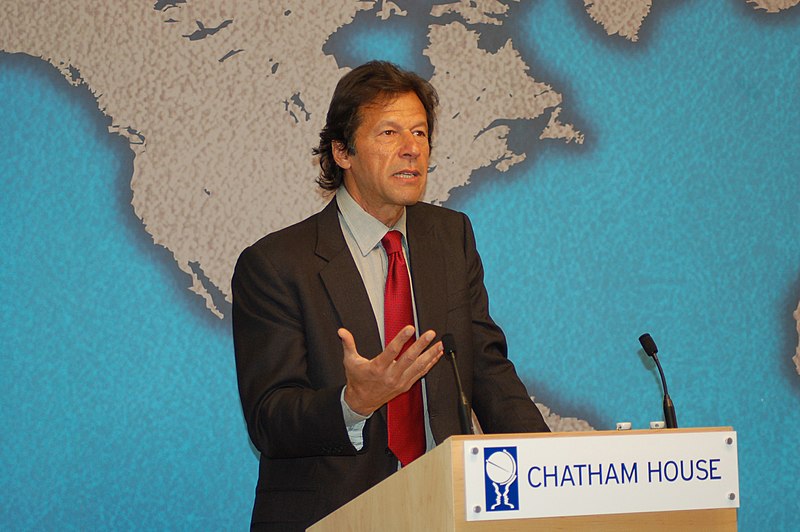 NEW DELHI—An Indian air force pilot whose captivity in Pakistan caused fears that the Asian subcontinent could erupt into war was handed over to Indian officials at a border crossing on Friday in a “gesture of peace” by Pakistani Prime Minister Imran Khan, and his return may temporarily defuse tensions over the disputed region of Kashmir.

He was then expected to board a flight from Amritsar near the India-Pakistan land border to New Delhi for a debriefing with top air force officials about his captivity.

“The nation is proud of your exemplary courage,” Indian Prime Minister Narendra Modi said in a tweet.

Varthaman arrived at the border in a convoy that set out from the eastern Pakistani city of Lahore to the border crossing at Wagah earlier in the day, escorted by military vehicles with soldiers, their weapons drawn.

The Pakistani military has said it shot down his MiG-21 fighter jet on the Pakistani-held side of Kashmir on Wednesday and that Varthaman safely ejected.

Varthaman was accompanied to the border by the International Committee of the Red Cross. His handover took several hours as procedures including a medical checkup to verify his health and condition were completed before he was turned over to Indian officials.

In a message aired on Pakistani television channels, Varthaman was seen in his green flight suit saying he was rescued by two Pakistani military personnel when he ejected and found himself in Pakistani controlled Kashmir surrounded by a small mob of seemingly angry residents. It was not clear when he recorded this statement, but it clearly happened while he was in the custody of the Pakistan military.

On the Indian side of the border, Indian policemen and military personnel greeted Varthaman dressed in civilian clothes, wearing a blue blazer and grey dress pants.

Earlier in the day, the road on the Indian side of the border was lined with well-wishers. But by the time Varthaman crossed around 9 p.m., most of them had left.

The handover came against the backdrop of blistering cross-border attacks across the disputed Himalayan region of Kashmir that continued for a fourth straight day, even as the two nuclear-armed neighbours sought to defuse their most serious confrontation in two decades.

Tens of thousands of Indian and Pakistani soldiers have faced off for years along the Kashmir boundary known as the Line of Control, in one of the world’s most volatile regions.

Tensions have been running high since Indian aircraft crossed into Pakistan on Tuesday carrying out what India called a pre-emptive strike against militants blamed for a Feb. 14 suicide bombing in Indian-controlled Kashmir that killed 40 Indian troops. Pakistan retaliated, shooting down two Indian aircraft Wednesday and capturing Varthaman.

Since the escalation, world leaders have scrambled to head off an all-out war between the nuclear-armed neighbours. President Donald Trump in Hanoi on Thursday said he had been involved in seeking to de-escalate the conflict.

Khan, the Pakistani premier, told lawmakers on Thursday, “We are releasing the Indian pilot as a goodwill gesture tomorrow.”

But India made it clear that there could be no conditions attached to the pilot’s release, and that the latest escalation had changed its strategy. Going forward, Indian officials said they would strike targets including those inside Pakistan territory if officials receive intelligence of attacks being planned. Modi on Thursday warned “India’s enemies are conspiring to create instability in the country through terror attacks.”

Despite the pilot’s return on Friday, the path forward for the two countries was uncertain.

“Let us hope this momentum created by the release of Wing Commander Abhinandan Varthaman translates into something long-term in terms of securing peace,” said Amitabh Mattoo, a professor of disarmament studies at New Delhi’s Jawaharlal Nehru University. “But we will have to wait and see.”

The agency issued a statement saying all domestic and international flights will be allowed to and from the cities of Karachi, Islamabad, Peshawar and Quetta. It said other airports, including one located in the eastern city of Lahore that borders India, will remain closed until March 4.

Islamabad closed its air space on Wednesday after saying that Pakistan’s military shot down two Indian warplanes and captured the Indian pilot. The closures snarled air traffic. India said only of its planes was lost, the MiG-21 flown by Varthaman, and Pakistan did not clarify.

Residents of the Pakistani border town of Chikhoti reported heavy mortar shelling into Friday. More than 200 people fled to a military organized camp about 20 kilometres (16 miles) away from the border.

Police in Indian-controlled Kashmir said one man was wounded and at least two civilian homes were damaged in the cross-border shelling.

Kashmir has been divided but claimed in its entirety by both India and Pakistan since almost immediately after the two countries’ creation in 1947. The countries have fought three wars, two directly related to the disputed region.