Feds will step in with unified measures on COVID-19 if provinces hesitate: Hajdu 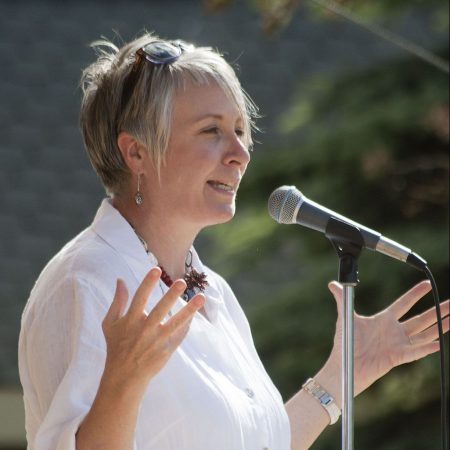 OTTAWA — Canada needs a more unified approach in the fight against COVID-19 and the feds “will not hesitate” to step in with stronger measures if provinces can’t make it happen, the health minister said March 22.

With messages varying across the country about the best way to limit the spread of the virus, Health Minister Patty Hajdu said the federal and provincial governments are looking at ways to standardize public health advice across the country.

“Should we not be able to get consensus, that would indicate to us that we need stronger measures,” Hajdu said at a briefing March 22.

In Ontario, for example, the provincial police said it would intervene if people were found flouting a ban on gatherings of 50 people or more. Meanwhile Nova Scotia, the latest province to declare a state of emergency, has barred any more than five people from being together.

“Hundreds gathering on our beaches and in our parks, large groups of people congregating, young people playing street hockey, cars parked everywhere, people disregarding law enforcement,” McNeil said. “We are dealing with a deadly virus and this behaviour is unacceptable.”

Police in Nova Scotia are being given the power to enforce social distancing with $1,000 fines for individuals and $7,500 fines for businesses.

Hajdu said the best way to make sure there is a uniform approach across the country is for the provinces to collaborate. But if that fails, the federal government will step in.

“What we’re trying to do is make sure that as we go into the next week we have a much more unified approach across the country,” she said.

For now, the federal government is strongly urging people returning from travel to self isolate, but is not enforcing it. She hopes Canadians are willing to comply voluntarily.

The federal government does have the power to invoke the Emergencies Act, which would give it extraordinary powers to limit the civil liberties of Canadians.

Prime Minister Justin Trudeau said Canada is not at that point yet.

“There are many things that are being done and can be done at the local level, at the municipal level and at the provincial level. The federal Emergencies Act is a significant step that can and should be taken when we’ve exhausted all other steps,” Trudeau said at a news conference March 22.

“We continue to work very closely with provinces, with other jurisdictions, to make sure that they are able to do the things that need to be done and we will continue to look at if it is necessary to move forward with the Emergencies Act.”

Hajdu said there are also powers she can invoke under the Quarantine Act to levy fines or even criminal charges against people defying self-isolation orders.

She said all Canadians should be able to expect the same level of attention and service in response to the virus, no matter where they live.

Public health officials from across the country will meet March 22 to discuss how they can unify Canada’s response to the crisis.

Canada has confirmed more than 1,400 cases of COVID-19 across the country including 20 deaths.

Trudeau said the country will have to drastically increase testing in order to combat the virus, but that has proven a challenge in some areas of the country.

Canada has tested 92,000 people for the virus, and more than half have been tested in the last five days.

Njoo said Canada’s national lab is able to turn around results in 24 hours, but in some places it’s taking closer to five days to get a result.

Provinces are also putting restrictions on who they test to reserve limited supplies like swabs and test kits.

Njoo said the government is working on solutions that will help standardize testing and make it more widely available. Health Canada approved two test kits that would be able to turn results around within hours instead of days, as an example, he said.

“We are looking to acquire these new types of testing kits and roll them out across the country as quickly as possible,” Njoo said.

In the meantime the government is moving forward on ways to mitigate the economic impact of the outbreak.

Parliament will resume on March 24 so the House of Commons can debate and pass emergency legislation. Proposals would allow the government to make changes to employment insurance benefits as well as extend support to people who don’t qualify for EI, among other measures.

Late Saturday night 444 Canadians who had been stuck in Morocco arrived in Montreal aboard an Air Canada commercial flight from Casablanca.

Foreign Affairs Minister Francois-Philippe Champagne also tweeted late March 21 that he has been speaking with his counterparts in Australia, Brazil, Germany, Morocco, Peru, Turkey and the United Kingdom about how to safely repatriate citizens abroad, including those stuck on cruise ships.

Trudeau urged Canadians abroad to be patient as the government organizes more flights to repatriate them. He said he hopes to be able announce more flights in the next few days.