Health product companies sponsor conferences so that they can pitch products directly to doctors. The CFPC's Family Medicine Forum in Toronto might be an opportunity to shake off the golden handcuffs 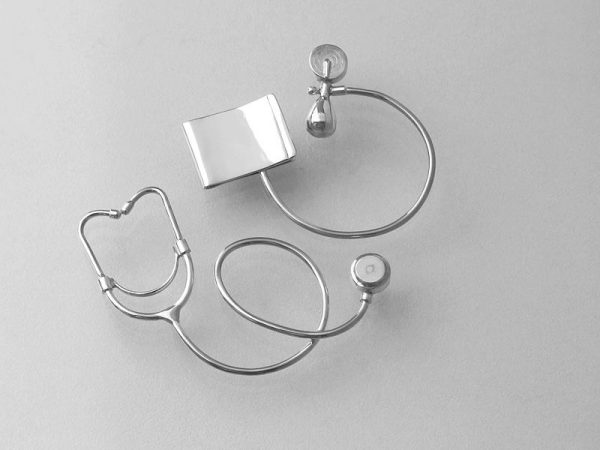 If Canadian family physicians hope to maintain the trust of our patients, we must reject sales pitches thinly veiled as education at our premier conference.

Next month, the College of Family Physicians of Canada (CFPC) will host its annual meeting, the Family Medicine Forum, in Toronto. I have been a family physician for 12 years, but have only attended the largest conference of its kind in Canada twice. Each time I have gone, I have been turned off by the health products industry’s influence on the meeting.

This year, however, there’s a chance for the college to shake off the golden handcuffs with the introduction of the new National Standard for Support of Accredited Continuing Professional Development Activities, which was introduced in Jan. 1, 2018. This new set of rules is supposed to maintain the high standards of quality and accountability in continuing professional development, while keeping accredited learning activities as free as possible from bias and influence.

Though several medical conferences in Canada have recently moved away from pharmaceutical industry sponsorship, the CFPC has persisted in including this controversial source of funding in its business model.

Health product companies sponsor conferences so that they can pitch brand name drugs, devices and remedies directly to doctors.

The public may hope that doctors prescribe medicine based on unbiased scientific research, rather than information from sales representatives. Sadly, this is not the case.

Studies show that contact with industry changes the medications doctors prescribe and that it takes as little as US$114 per year in gifts, meals or cash to significantly change a doctor’s prescribing pattern.

The CFPC’s financial statements show that 14 per cent, or roughly $500,000, of the 2017 conference budget came from industry funding. The sponsorship averaged about $120 of funding per conference participant – almost precisely the amount shown to influence prescribing practices.

When prescribing habits are influenced, doctors may recommend medications based on questionable information from manufacturers, rather than peer-reviewed articles. For example, Purdue Pharmaceuticals, the makers of OxyContin, a painkiller once erroneously marketed as being “low risk” for addiction, is now acknowledged to have fuelled the current deadly opioid crisis and done little to help patients in pain, to boot. Purdue has been a frequent exhibitor at the Family Medicine Forum.

Further, financial statements show that Family Medicine Forum 2017 made a profit of almost $250,000, or seven per cent. If it chose to forgo a profit, it could easily choose to decline half its industry sponsorship.

Speakers with financial conflicts of interest

They highlighted the changes CFPC had made in 2013 to mitigate the influence of pharmaceutical companies at the Family Medicine Forum, steps such as “clearly articulat(ing) what is education and what is marketing.” Enforcing such steps should mean the forum schedule clearly identifies talks sponsored by companies, but this was not the case last year.

In Montreal last year, doctors were inundated with industry messaging. Physicians attended lunchtime “ancillary” sessions without realizing they were sponsored by drug manufacturers because they were not labelled as such in the program.

Doctors attended talks by speakers who had multiple financial conflicts of interest relating to the topic and complained that the speakers did not provide balanced information about the risks, benefits and indications for products.

Doctors also received pitches, and samples, for products from salespeople while attempting to get food in the giant room that housed both sponsors’ booths and food. According to the pre-2018 CFPC guidelines, none of these things should have happened.

The latest rules are designed to maintain the high standards of quality and accountability in continued professional development, while keeping learning activities as free as possible from bias and influence.

They state that sponsors, such as pharmaceutical companies, will no longer have direct or indirect influence on the content of an accredited continuing professional development activity, and that product-specific advertising will not be allowed to appear in educational slides or programs.

The new standards mean that lunchtime talks at the forum that are directly sponsored by industry should no longer be allowed.

These new guidelines are stricter than the old ones, but they will only make a difference if the CFPC chooses to enforce them and if family doctors complain loudly when the standards are breached.

Family doctors like myself must demand that our premier conference provides evidence-based information rather than sales pitches. Organizers must prevent the sampling of products and must crack down on presenters who have financial conflicts of interest about the subjects on which they are presenting.

Anything less is a breach of duty to our patients.