AP EXPLAINS: What is shadow banning?

The term "shadow banning" has swiftly entered the lexicon. Here's a look at why it's now a political issue 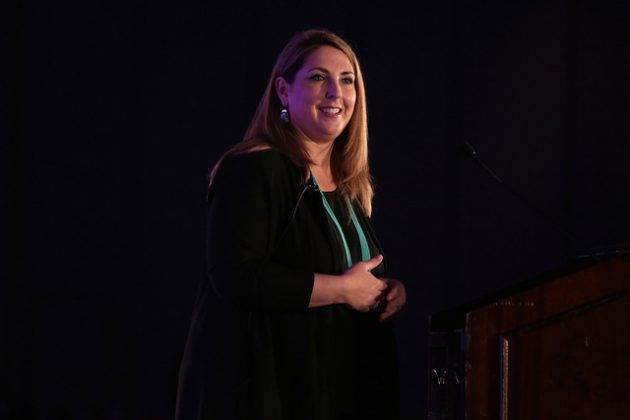 NEW YORK – The sinister-sounding term “shadow banning” has been in play recently, mostly thanks to conservatives – including President Donald Trump – accusing Twitter and other technology companies of political bias.

“Twitter ‘SHADOW BANNING’ prominent Republicans. Not good. We will look into this discriminatory and illegal practice at once! Many complaints,” the president tweeted on July 26. (His tweet was not accurate.)

Here’s a look at shadow banning and why it’s now a political issue.

Shadow bans started in the early days of online discussion groups and the tools used to police disruptive participants. Moderators could always just disable the accounts of spammers, harassers or those who were just too argumentative. But sometimes banned users came back with new accounts, prolonging the turmoil and creating a lengthy round of whack-a-mole.

So forums came up with an alternative punishment: the shadow ban. Instead of disabling the target’s account entirely, shadow banning just seals the offending account in a hermetic bubble. The shadow-banned user can still post freely – but no one else sees their messages.

At Reddit, shadow banning was long the only tool available to moderators. It shuts down spam and, in theory, lets internet trolls stew in their own juices until they get bored and drift away.

Twitter says no, although some political conservatives remain unconvinced of that.

In May, Twitter outlined a new approach intended to reduce the impact of disruptive users, or trolls, by reading “behavioural signals” that tend to indicate when users are more interested in blowing up conversations than in contributing. For instance, Twitter will take note if users sign up for multiple accounts at the same time, or if they repeatedly tweet at or mention accounts that don’t follow them.

While accounts flagged this way don’t technically violate Twitter policy, the company now wants to protect the “health” of users’ online conversations. (That word is now a staple in the company’s lexicon; CEO Jack Dorsey used “health,” ”health” or ”unhealthy” 31 times in prepared congressional testimony Tuesday.) So Twitter will reduce their visibility in certain ways, by displaying them less prominently in search results or conversation threads.

That’s not actually shadow banning, since these users and their tweets are still visible on Twitter in other ways. Dorsey said in his testimony that “we do not shadowban anyone based on political ideology.”

WHY PEOPLE ARE TALKING ABOUT SHADOW BANS

Largely because Trump tweeted about them. And for that, we have Vice News to thank.

On July 25, Vice News published a story claiming that Twitter was “limiting the visibility” of prominent Republicans in search results. In particular, it wrote, Twitter wasn’t autosuggesting some names – such as Ronna McDaniel, head of the Republican National Committee – if you searched for them. Similarly prominent Democrats reportedly weren’t affected the same way.

Typing “Bugs Bu” in the Twitter search box, for instance, wouldn’t autosuggest the account of a prominent cartoon rabbit. But you could still search for Bugs Bunny’s tweets by typing in his full name. They would also turn up in your feed if you followed him. So the wascally wabbit would not be shadow banned.

But when Trump declared the issue an example of shadow banning, many followed along. Later that day, Twitter’s head of product, Kayvon Beykpour, acknowledged that the company’s behavioural signal analysis was at fault , and said the company had fixed the issue.

In a blog post co-authored by Beykpour, Twitter said “we do not ‘shadowban.”’ It said “hundreds of thousands” of accounts were affected, and that the problem wasn’t “limited to political accounts or specific geographies.”

Conservative complaints of shadow banning have been in play for a few years.

Sen. Ted Cruz of Texas cited the Project Veritas video in a January 17 hearing in which he grilled Twitter policy director Carlos Monje over the question of shadow banning.

Similar questions are likely to arise in a Wednesday congressional hearing at which Dorsey will be the sole witness.

Dorsey argued in his prepared testimony that it would make no sense to mute users based on politics. “From a simple business perspective and to serve the public conversation, Twitter is incentivized to keep all voices on the platform,” he said.

Twitter’s most prominent user, after all, happens to be a Republican.