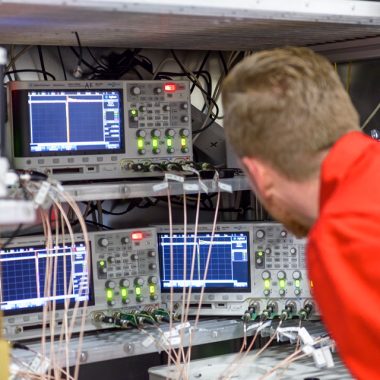 The fusion firm can produce a whopping 100 gigabytes of experimental data per day. PHOTO: General Fusion

The Vancouver-based company, which is working to develop a practical path to producing energy using nuclear fusion, said the collaborative effort will help it explore its experimental data in greater depth than previously possible.

“Our work with Microsoft brings together cutting edge fusion research with modern data science tools and cloud computing techniques, demonstrating how new enabling technologies can accelerate progress in the development of fusion as a clean energy source,” Christofer Mowry, General Fusion’s CEO, said in a statement.

The nuclear firm can produce as much as 100 gigabytes of experimental data each day and Microsoft says its software pros can give the Canadian company new ways to parse the huge trove of information.

“Advances in these enabling technologies, such as data processing and machine learning, are setting the stage for General Fusion to successfully complete our development program and make practical fusion energy a near-term reality,” Mowry added.

The Canadian start-up is one of a number of private and public ventures developing fusion technology—a breakthrough that may eventually provide essentially limitless clean power.

The company is working on a process known as magnetized target fusion, which involves injecting a pulse of magnetically-confined plasma fuel into a vortex of molten lead-lithium. The system will then use a series of pistons to create enough pressure to compress the plasma and force the particles to fuse together. The resulting heat would then be captured and used to generate electricity using a steam turbine.

Despite some progress, both at General Fusion and with other projects in Europe, generating electricity via fusion is likely years, if not decades, away.