Solar Ship, a developer of solar-powered cargo planes, is helping kit aircraft manufacturer Zenair convert one of its short take-off and landing planes into a craft that can be recharged by battery swap or EV charger 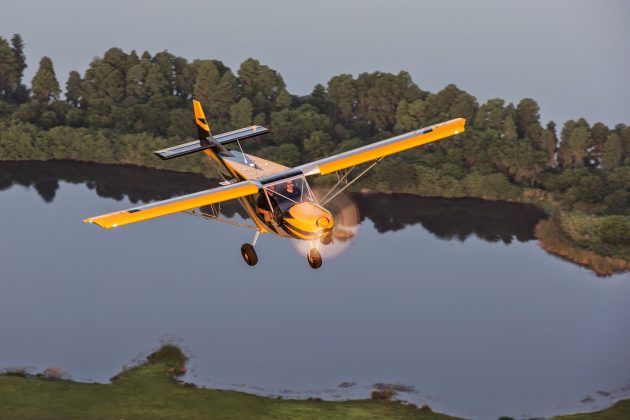 Zenair’s STOL CH750 doesn’t need much room to take off or land. No runway, no problem. PHOTO: Zenair

Solar Ship, which operates in Brantford, Ontario, builds solar-powered cargo planes used to ship supplies to remote areas, while Midland, Ontario’s Zenair designs and manufactures aircraft kits that hobbyists can use to build their own planes from the ground up.

Together, these companies plan to transform the STOL CH750, just one model in Zenair’s roster of kit aircraft, into an electric plane that can be recharged by a battery swap or an EV charger.

The zero-emission STOL CH750 will provide extreme short take-off and landing capability, enabling pilots to take off in areas without runways, and will be available as a bush plane or an amphibious craft.

The electric bush plane project is part of Zenair and Solar Ship’s ongoing partnership since 2011, when Zenair developed the fuselage for Solar Ship’s Zenship 11, an aircraft able to take off and land from a soccer field to deliver critical cargo for disaster relief.

Solar Ship’s CEO, Jay Godsall, is enthusiastic about this latest collaboration between the two firms.

He continued, “The new electric bush plane will be complemented by a network of low-cost solar powered hangars able to provide battery swap stations in remote areas. Once you buy this aircraft you break free from the shackles of oil and you never need to refuel again. It is complete self-reliance.”

In addition to using Zenair’s bush planes to deliver cargo and support to far-flung regions, Solar Ship builds its own cargo planes which gain lift from a combination of aerodynamics and buoyant gas, like blimps, and derive and sustain power from onboard solar panels.

These planes, aptly called solarships, can be powered by traditional combustion engines, but Solar Ship says its goal is to create cargo craft that produce no emissions.

According to the company, solarships can go places where trucks, ships and other planes cannot, taking off and landing in fields, mud, grass, dirt and water.

At the moment, Solar Ship has two aircraft, the 20-metre Caracal with a 200 kg cargo load, and the 50-metre Wolverine, which can carry 5000 kg or a 20-foot shipping container. A colossal 100-metre craft called the Nanuq is also in development, which is expected to be able to haul 30,000 kg.

The company is also planning to establish shipping networks in Western China and the Canadian North.