Jason Tam was presented the award for Outstanding Innovation–International in Ottawa Nov. 26 by Mitacs 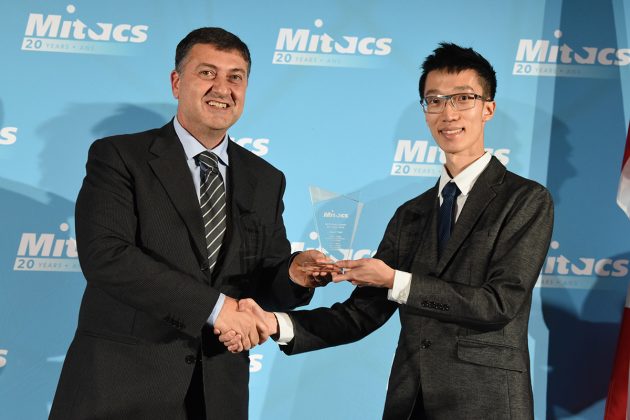 TORONTO — Can ceramic forms of rare earth oxides be used as water repellent coatings in industry? A researcher at University of Toronto has shed light on this question and has been honoured for his work with a Mitacs award.

Jason Tam was presented the award for Outstanding Innovation–International in Ottawa Nov. 26 by Mitacs, a not-for-profit organization that fosters growth and innovation in Canada.

Tam’s research is the first to show the ability of ceramic coatings derived from rare earth oxides to repel water is not naturally occurring. He found coatings become more water repellent when they are exposed to ambient air, and they lose their ability to repel water when exposed to high temperatures.

His discovery, which arose during his Phd research, refutes findings of earlier studies that suggested such ceramic coatings had the potential for widespread use in applications such as steam turbines, power generation heat exchangers and aircraft engines, all of which require extreme water repellency under harsh conditions. Ceramic coatings held promise because they are stronger and more durable than the thin polymer coatings used today that eventually wear.