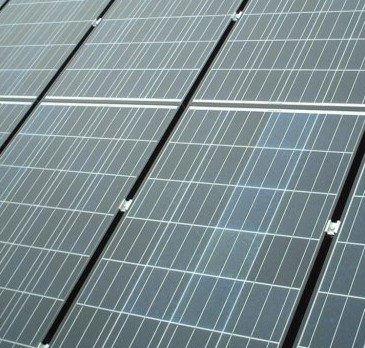 Polysilicon is one of the main components of photovoltaic solar cells. PHOTO: Mhassan abdollahi, via Wikimedia Commons

MONTREAL—PyroGenesis Canada Inc. has won an $8.26 million contract to build a proprietary plasma arc system that produces metallurgical-grade silicon from regular quartz in just one step.

Originally partnering with HPQ Silicon Resources Inc.—also known as Uragold Bay Resources Inc.—on a lab-based demonstration of the technology, the Canadian company has now agreed to scale-up the process and build a 200-metric tonne pilot system for HPQ.

The process uses a plasma arc within a vacuum furnace to transform common quartz—an abundant mineral in the earth’s crust—into 99.9999 pure polysilicon, an important component of photovoltaic solar cells.

The multimillion-dollar deal will transfer the intellectual property rights for the PUREVAP system to HPQ, so far as they relates to the quartz-silicon conversion. PyroGenesis, meanwhile, will maintain its right to the technology for all other applications. HPQ will also be subject to a 10 per cent royalty charge on sales.

The design and fabrication stage of the new system is expected to take up to 16 months, while commissioning and testing could take an additional year. Initial testing will take place in Montreal, while the final production site will be chosen by HPQ at a later date.