New periodic table elements to be named after Moscow, Japan and Tennessee

Four elements, known previously by their numbers, completed the seventh row of the periodic table when their discoveries were verified last December 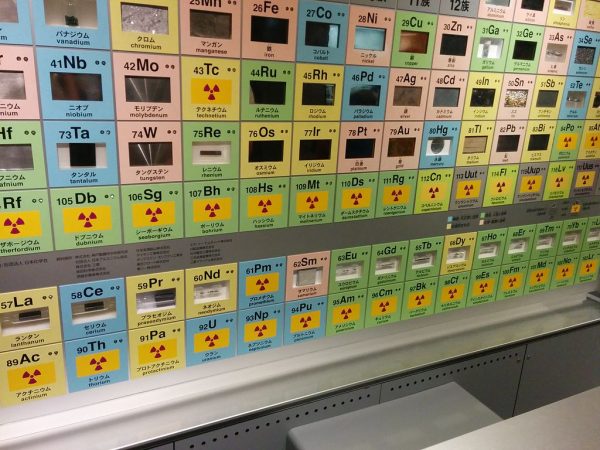 A periodic table on display at the National Museum of Nature and Science in Tokyo. PHOTO: x768 CC BY 2.0

NEW YORK—You’ll soon see four new names on the periodic table of the elements, including three that honour Moscow, Japan and Tennessee.

The names are among four recommended by an international scientific group. The fourth is named for a Russian scientist.

The International Union of Pure and Applied Chemistry, which rules on chemical element names, presented its proposal for public review. The names had been submitted by the element discoverers.

The four elements, known now by their numbers, completed the seventh row of the periodic table when the chemistry organization verified their discoveries last December.

Tennessee is the second U.S. state to be recognized with an element; California was the first. Element names can come from places, mythology, names of scientists or traits of the element. Other examples: americium, einsteinium and titanium.

Joining more familiar element names such as hydrogen, carbon and lead are:

Vanderbilt physics professor Joseph Hamilton, who played a role in the discoveries, proposed naming an element for Tennessee. He had hoped to use the symbol Tn, but it had been used in the past and couldn’t be reassigned to the new element.

An official at a Japanese institute involved in the discovery said the name was chosen to recognize government funding for the project. “We wanted to show our research has been supported by the Japanese people,” said Kosuke Morita, a research group director at the RIKEN Nishina Center for Accelerator-based Science.