New poll suggest that Canadian are unhappy with the way Justin Trudeau handled the natural-gas pipeline dispute in B.C. 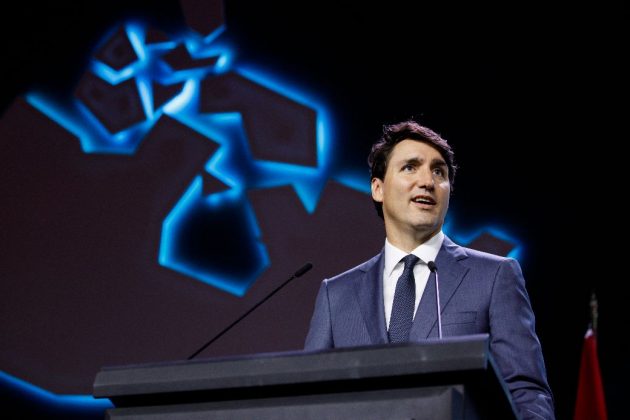 A new poll suggests Canadians weren’t happy with Justin Trudeau’s handling of the natural-gas pipeline dispute in British Columbia that led to nationwide rail and road blockades mounted in solidarity with Indigenous leaders who oppose the project.

According to the Leger Marketing survey, 61% of respondents said they were dissatisfied with the way the prime minister has handled the blockade file.

The numbers also suggest most Canadians blame the federal government for the crisis that erupted after Wet’suwet’en hereditary chiefs were arrested in B.C. while trying to block the Coastal GasLink pipeline project in early February _ even though the project was approved by the province.

A majority of respondents – 57% – said they believe Indigenous land claims are valid and there was overwhelming support for the federal government to actively resolve them and to consult with Indigenous groups on development projects.

But when it comes to whether Indigenous Peoples should have a veto on major developments on their lands, the Leger survey suggests opinion is more divided, with 42% of respondents saying Yes while 41% said No.

“I think Canadians have moved forward in aiming for reconciliation, but probably not to the degree that Indigenous leaders would like,” Bourque said.

“When (respondents) say they’re dissatisfied with the prime minister’s handling of the whole rail blockade issue, some of them would want to actually move faster and get the blockade out of the way quicker, but a lot of it is basically people saying, ‘Wait a minute here, maybe we did something wrong leading into this.”’

Regional results suggest respondents from oil-and gas-producing provinces like Alberta and Saskatchewan registered higher levels of dissatisfaction, while those on the East Coast, Ontario and Quebec were more measured in their response, Bourque noted.

When asked whether the Coastal GasLink pipeline should be stopped permanently or paused temporarily to negotiate further with Indigenous leaders, respondents appeared divided, with a tie of 37% favouring each option.

However, taking Prairie provinces out of the mix suggests a majority of Canadians elsewhere would support a more measured, negotiated approach, Bourque said.

The numbers also suggest those who identified as Conservative voters were less favourable toward Indigenous land claims, he said, noting that the majority of Conservative supporters are in the oil and gas producing provinces.

“That sort of creates a spiral around this issue,” Bourque said.

“It has a potential to be divisive: on the one hand, if you’re the Liberal government, if you don’t go far enough in terms of aiming towards reconciliation, then you might alienate Green party supporters, NDP supporters out there and potentially some Bloc supporters as well. But if you go too heavy-handed into this to try and appease Conservative supporters, then you’re losing your left-of-centre support that you desperately need.”

It may not be all bad news for Trudeau’s minority government, however.

The Liberal party’s overall polling numbers have remained relatively stable, in the mid-30% range since the October federal election, dropping just two percentage points to 32% since the last Leger survey was conducted in early February.

Bourque said he believes this means even though the public may be unhappy with how Trudeau has handled the B.C. pipeline and blockade issue, overall the issue is only cementing the partisan lines that already exist.

“Responses to the other questions are telling us (the Liberals) adopted the best strategy, which was to take (their) time and try to aim for a peaceful resolution and a getting back to the negotiating table,” Bourque said.

“But it also looks, from a partisan and political perspective, it’s becoming tougher and tougher for the Liberal party in Western Canada.”