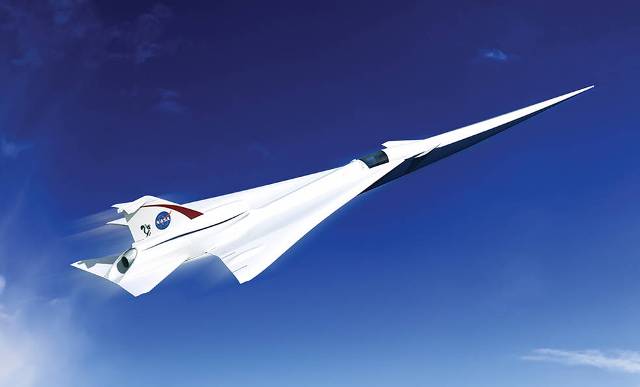 ARLINGTON, Va.—More than a decade after the roar of the Concorde’s afterburning turbojet engines faded from the skies of the North Atlantic for the last time, NASA has launched a program that could bring supersonic commercial aircraft back into production.

A concept that never lived up to the hype when first explored in the 1960s and 1970s, NASA hopes to give supersonics a second chance at ferrying frequent flyers across the globe at speeds exceeding Mach 1.

“To that end, it’s worth noting that it’s been almost 70 years since Chuck Yeager broke the sound barrier in the Bell X-1 as part of our predecessor agency’s high speed research. Now we’re continuing that supersonic X-plane legacy with this preliminary design award for a quieter supersonic jet with an aim toward passenger flight.” 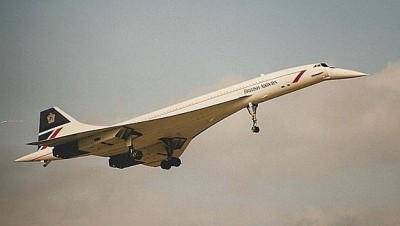 A British Airways Concorde, its iconic droop-nose aligned for landing. The design was adopted to balance aerodynamics with pilot visibility. PHOTO: Ian Gratton, via Wikimedia Commons

Part of a 10-year program that aims to reduce fuel use, emissions and noise through innovative aircraft design, NASA plans to build a number of half-scale, “X-planes” under its Aeronautics Research Mission initiative. Lockheed Martin’s Quiet Supersonic Technology (QueSST) aircraft will be the first of these new experimental flyers.

The government agency, which has worked to reinvent itself following the decommissioning of the Space Shuttle fleet in 2011, handed down the US$20 million contract Feb 29. Under the agreement, Lockheed will complete preliminary designs for the QueSST aircraft before handing the blueprints off to NASA.

“Developing, building and flight testing a quiet supersonic X-plane is the next logical step in our path to enabling the industry’s decision to open supersonic travel for the flying public,” Jaiwon Shin, associate administrator for NASA’s Aeronautics Research Mission, said.

Despite the time-saving selling point of supersonic aircraft, the next generation of fast flyers will not be getting off the ground without a significant amount of turbulence.

While the Concorde enjoyed modest success through 25 years of commercial operation, only 20 of the iconic droop-nose jet were ever built—far fewer than the hundreds pundits initially forecast. Less known is the U.S. government-backed Boeing 2707 supersonic project, which was scrapped in 1971, leaving millions of dollars stranded and an unfinished prototype indefinitely grounded. The project’s Soviet counterpart produced the Tupolev Tu-144, but it too was cancelled—the result of a pair of crashes, including a high-profile one at the 1973 Paris Air Show that killed 14. 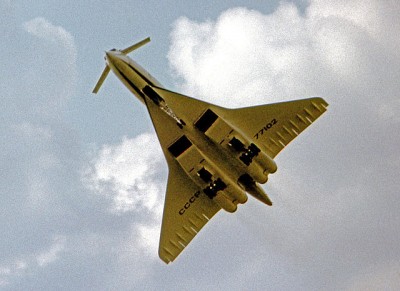 The Tupolev Tu-144 on display prior to its crash at the 1973 Paris Air Show. The moustache canards on the plane’s nose were designed to improve control at low speeds. PHOTO: RuthAS, via Wikimedia Commons

Among the legacies of the Concorde program were the sometimes-window-shattering sonic booms created by the faster-than-sound aircraft. The phenomenon and subsequent movement against the jets led to a compromise in which the supersonics were cleared to fly faster than Mach 1 over water, but forced to decelerate before reaching land. Despite the eventual agreement, the public relations fiasco cost Concorde significantly and the program never achieved the industry-changing status many supporters thought it would.

With the successes and occasional failures of Concorde in mind, the QueSST aircraft will prioritize “low boom” technology—characterized by a “supersonic heartbeat” that NASA likened to a soft thump as opposed to a disruptive boom. As part of the program the agency will also conduct feasibility studies to better understand acceptable supersonic noise levels.

The Maryland-based aerospace and defence contractor’s work on the QueSST is schduled to take place over 17 months and will involve a team of subcontractors, including GE Aviation and Tri Models Inc.

NASA plans to take to the skies in the next generation of supersonic commercial flyers by 2020.