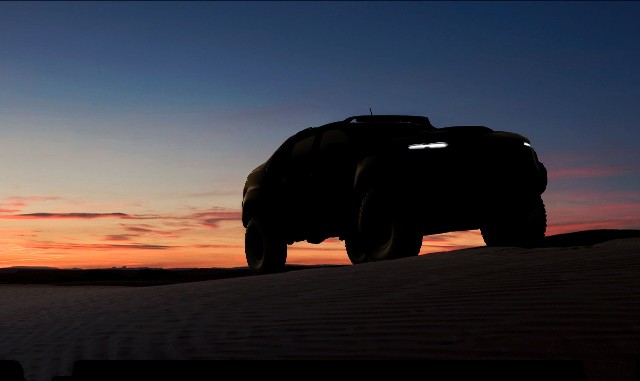 GM and TARDEC will unveil a jointly-developed hydrogen fuel cell vehicle based on the Chevrolet Colorado in October. PHOTO: GM

WARREN, Mich.—Researchers with General Motors and the U.S. Army are looking into powering the next-generation of military vehicles using clean-burning hydrogen.

The automaker and U.S. Army Tank Automotive Research, Development and Engineering Center (TARDEC) plan to unveil a jointly-developed fuel cell vehicle this October in Washington, D.C.—close to a year after the project was first announced.

The project will see engineers tear the standard gas engine and drivetrain out of a Chevrolet Colorado, replacing the parts with a hydrogen propulsion system. The Army then plans to take the vehicle out on an extended test drive—exposing it to the rigours of daily military operations.

”Hydrogen fuel cells as a power source have the potential to bring to the force incredibly valuable capabilities,” TARDEC Director, Paul Rogers, said. “We expect the vehicle to be quiet in operation and ready to provide electricity generation for needs away from the vehicle.

“With fuel cell technology advancing, it’s an ideal time to investigate its viability in extreme military-use conditions,” he added.

The cleantech is expected to allow the vehicle to travel more quietly than conventional trucks, deliver superior low-end torque—which is useful in an off-road environment—and provide exportable power. Because hydrogen-electric engines produce water as a byproduct, the army also expects the altered Chevy to churn out drinking water for its personnel.

As the researchers prepare for real-world demonstrations of the military technology, GM says it is targeting 2020 for the launch of a commercially-available fuel cell vehicle.